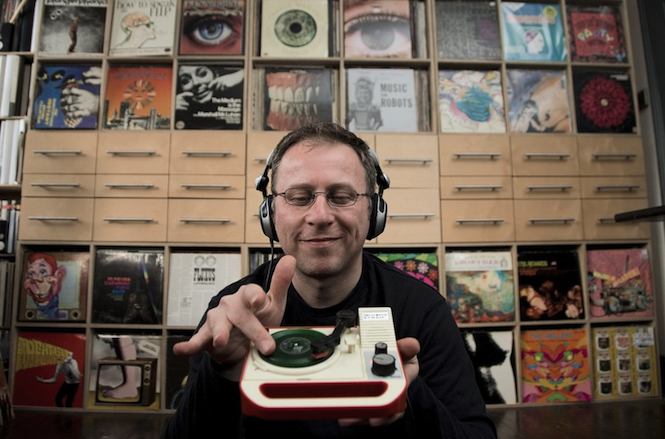 The man has so many records he’s had to build his own content website just to keep them in check. A champion of all things vinyl, Strictly Kev is old school Ninja Tune and one of the most sample-educated heads out there, and guess what, it all began with Kraftwerk. 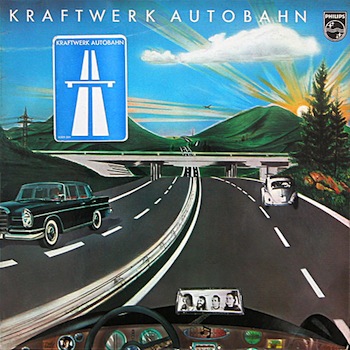 This was the first Kraftwerk song I heard even though I didn’t know it at the time. My dad had Autobahn on tape, recorded from the radio when it was a freak hit for the group in 1974 and it always stood out from the other songs and I would wait for it to come on when he played that tape. Although I wasn’t a Dr Who fan it always reminded me of the Cybermen with its metallic sounds, vocoder and the breakdown midway with the car sounds frightening me as a child. It wasn’t until their other freak hit in 1981, ‘The Model’, that I put the two together as the record labels scrambled to reissue their back catalogue and suddenly there were 5 old LPs available to buy from this ‘new’ German group (I was only 11). I picked up Autobahn eventually and there it was, the track my dad had on tape, except it was a 20 minute version that took up the whole side of an LP.

In 2013 I got to see them perform it at the Tate Modern and hearing them perform the songs from the B side like ‘Morgenspaziergang’, which originally contained flute, was a real treat. During the title track I was transported back to my childhood during the breakdown section and had quite a ‘moment’ realising that it was nearly 40 years ago that the song had entered my life and more than likely helped install a love of electronic music.