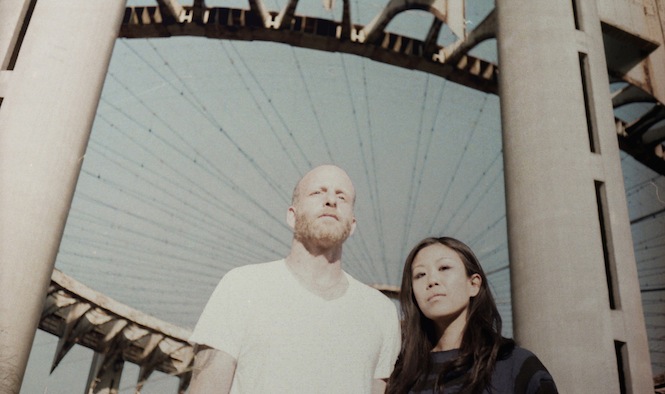 Duo John Maclean and Nancy Whang recently dropped the most on point slab of rough cut cosmic disco to come out of the DFA camp for some time, managing to capture the energy and dynamism as well as the feel of the era so accurately you’d be forgiven for asking who the original was by. While the record offers so much more than pastiche, it’s no surprise that In A Dream’s warm analogue sensibility has roots in Kraftwerk’s soft Teuton touch… 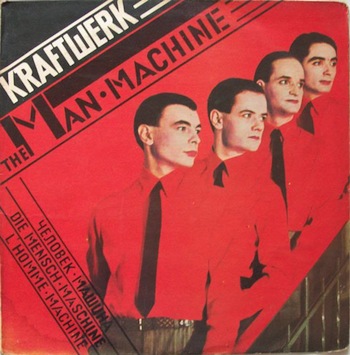 I first heard Kraftwerk sometime around 1987. I was 19, and had spent the previous few years emerging from the Boston punk/hardcore scene and discovering the world of post punk and pre-punk bands that had influenced a lot of the music I had been listening to. Though I was staunchly against synthesizers through most of the ’80s, a knee-jerk reaction to the commodification of punk via cheesy New Wave groups that were dominating the radio, my resistance had been eased a bit by groups like Chrome, PIL, and Cabaret Voltaire.

When I took home my copy of The Man Machine one day, I was pretty well primed. It affected me enormously. It was ominous and menacing sounding, like my beloved Stooges and Suicide records, yet it also featured heartbreaking, childlike melodies. The synth sounds themselves were chunky sounding, with a tough midrange quality more evocative of a Les Paul than what Howard Jones or A-Ha were using.

Kraftwerk were a major influence on my first band, Six Finger Satellite, and continues on as one of the most oft-cited groups throughout The Juan MacLean’s recordings. In the end it’s the melancholic Teutonic tone that keeps me coming back, the ability to wrench heartbreak from machines that have historically been labelled incapable of creating much emotional depth.