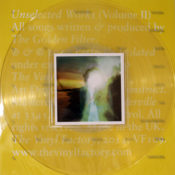 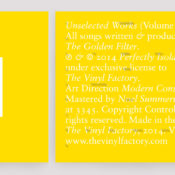 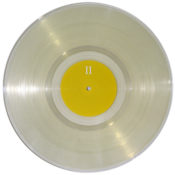 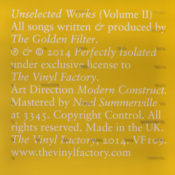 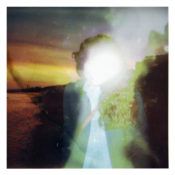 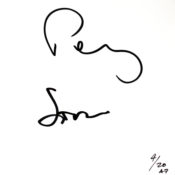 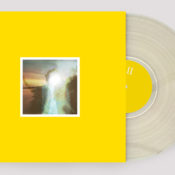 New York duo Stephen Hindman and Penelope Trappes will release the three  volume set of LP’s featuring tracks culled from the hundreds of demos  and ‘sketches’ the band have recorded over the last 18 months.

Self-releasing  the first volume of Unselected Works spontaneously online on Christmas  Day 2013, Stephen and Penelope have since streamed a second volume,  before now choosing to release the trilogy on limited edition clear  vinyl with The Vinyl Factory.

As Penelope says: “These songs  were fully self-filtered and unselected from our sophomore album, but if  you pay attention to the lyrics, the songs we chose were actually more  like a suicide note. We loved these songs, and not releasing them would  certainly have been the death of us.”

Described by Stephen as a  “punk move” the Unselected Works trilogy is a confident statement of  independence from a band that have consistently pushed the boundaries of  their medium.   In 2012, The Golden Filter teamed up with The Vinyl  Factory to turn the soundtrack form on its head and release Syndromes,  the score to a short film subsequently commissioned by the duo to  respond to the music.

Moving from the hazy, gorgeously  dreamlike electronics of Volume One to a vibrant expression of their  mutual love for dance music in Volume Three, Unselected Works is the  most intimate and important statement from The Golden Filter to date; an  assertion of their musical identity on their own terms, unshackled by  the constraints of the industry. The result is ambitious, fragile, and  in short, simply breathtaking.

Available to order now, exclusively from The Vinyl Factory.

It’s All About You
Add to cart
£10.00
We use cookies on our website to give you the most relevant experience by remembering your preferences and repeat visits. By clicking “Accept”, you consent to the use of ALL the cookies.
Cookie settingsACCEPT
Manage consent