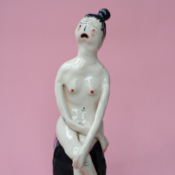 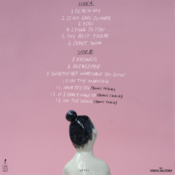 The Vinyl Factory is pleased to announce a special VF vinyl re-release of ‘Birthdays’, the second album from musician and visual artist Keaton Henson. With a voice reminiscent of a young Steve Forbert and unflinching, honest lyrics worthy of Mark Kozelek, the London-based singer/songwriter and illustrator Keaton Henson evokes a private world just a few degrees removed from those of Elliott Smith, Jeff Buckley, Bon Iver, Conor Oberst, and others to whom he’s often been compared.

Yet lest you think he’s all sensitive singer/songwriter, the humour of “Kronos” will set the record straight. And where his 2010 debut, Dear…, was a beautiful lo-fi expedition, Birthdays lets the sound open up ever so subtly. The deluxe edition includes three bonus tracks—”Milk Teeth,” “If I Don’t Have To,” and “On the News”—that are among the most powerful and most detailed of Henson’s career to date.