The Todd Terry Project
Bango (To The Batmobile) / Back To The Beat
(Fresh, 1988)

Todd Terry just kills it. Too many great tracks to name but I’m gonna go with ‘Bango (To The Batmobile)’. He represents so hard for New York. He owns his sound. His drums patterns are always beyond. He pretty much eats it every time. One can never have too many Todd Terry records.

Obviously ‘Big Fun’ and ‘Good Life’ are just beyond perfection. They are so major I could not not include Paradise on this list. It would just be wrong. I’m a huge fan of Kevin Saunderson in general. He is one of my all time favourite producers. I also love ‘Groovin Without A Doubt’,’Feel The Mood’, ‘Just Want Another Chance’. There are just too many to name them all. I really love his sound.

Love this one so much. A great acid track with rad, beautiful, slinky vocals on it. The perfect balance of raw and organic. It’s kinda cult-following worthy I think. One for the holy grail, perfect for that special moment. I love that the vocals are not in a typical house style… it works so perfectly. Such a tune!

‘Liquid’ on this LP is lush and so well done. I love the mood it sets and I love the bass line so much. It’s got a nice chill quality about yet at the same time it’s a journey that that I don’t want to end. I think it’s super classy.

‘Two The Max’ is so simple and just so bomb! Jacking and pervy acid bass line. It’s the kind of bass line that you can’t get out of your head. This song makes me sweat. There are barely any parts to this track and yet it’s so strong. I wore this record out! 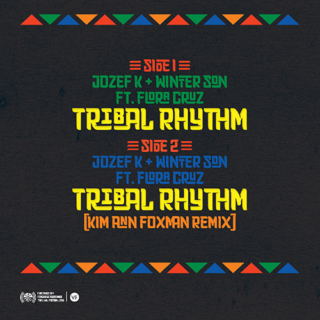