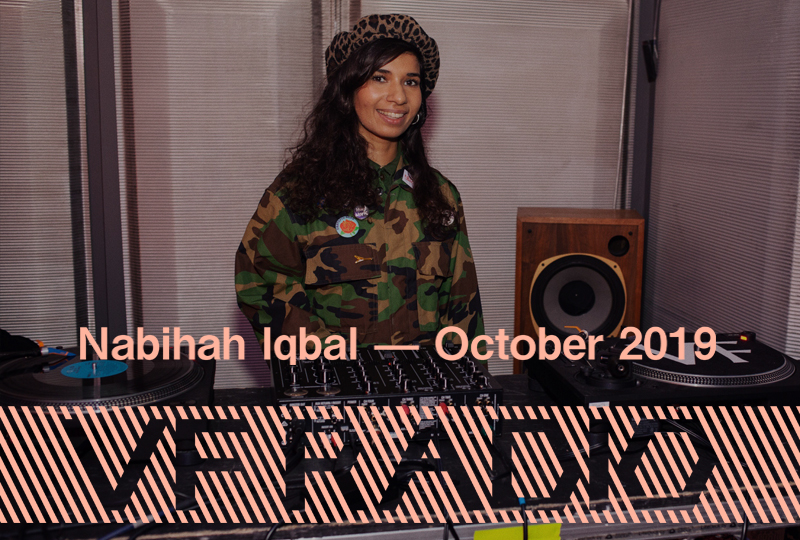 From Studio One to Strictly Rhythm.

Nabihah Iqbal is a London-based DJ, musician and radio host.

Whether it’s North Indian ragas, Arabic makams, or Japanese ambient modes, Iqbal has built a reputation for her wide-reaching selections, honed as an ethnomusicologist and explored through the field recordings and soundscapes of her regular NTS Radio show.

Formerly known as Throwing Shade, she released her debut album Weighing of the Heart under her own name on Ninja Tune in 2017. Drawing on post-punk, new wave and electronic influences, the album provided further snapshot of her open-minded musical universe.

As we discovered in our Crate Diggers interview, Iqbal’s record collection is something of a treasure trove, although it is by no means obscure. Iqbal is as comfortable waxing lyrical about the charms of rare afro-funk as she is obsessing over Jimi Hendrix or Prince.

Making her VF Radio debut with an hour of funk, soul, reggae and electronic jams, this is Nabihah Iqbal.