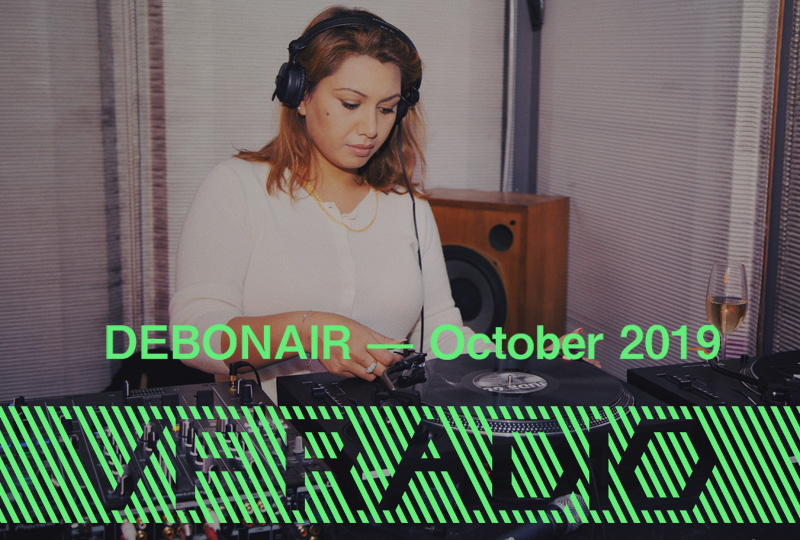 From dub and post-punk, to warped acid electronics.

London DJ and radio host, DEBONAIR has been a fixture in the city’s scene for over a decade, helming a long standing NTS show as well as previously standing as a programming director on the station, whilst playing sets around the world.

The magic of DEBONAIR is how seamlessly she weaves records you may not expect to hear in a club to electric effect.

For her debut on VF Radio, she dug into her collection to unearth dub, post punk, warped acid electronics, rnb and more.