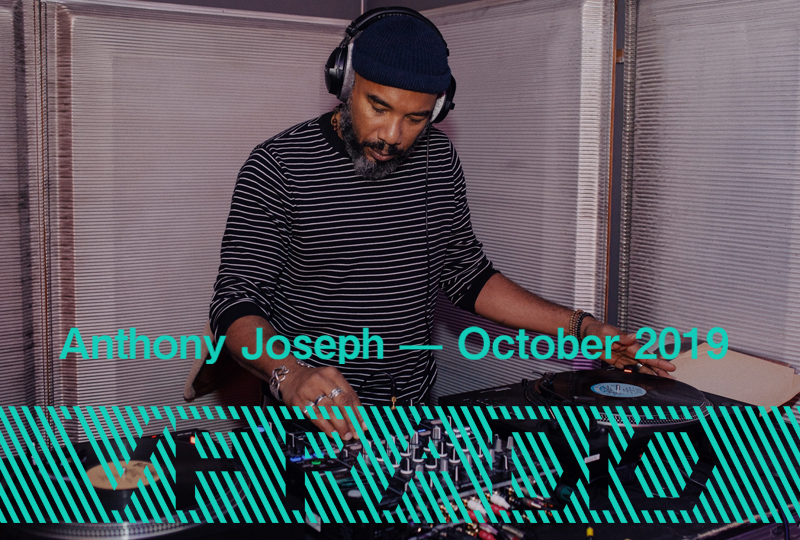 Exploring his extensive collection of free jazz, soul and soca.

Born in Trinidad, Anthony Joseph is a poet, musician and academic whose work explores ideas around migration, and the intersection of Caribbean and British identity. In 2018, he published a fictionalised biography of calypso legend Lord Kitchener and he is currently preparing for the release of his new novel, The Frequency of Magic, in November 2019.

As a musician, he has released six albums with Heavenly Sweetness, merging Afro-Caribbean influences, jazz and funk, most recently on 2018 LP People of the Sun.

Having shared his love for Gil Scott-Heron in an interview with VF a few years ago, we were particularly excited to welcome Anthony Joseph to make his VF Radio debut, playing records from his extensive collection of free jazz, soul and soca.

This is Anthony Joseph.