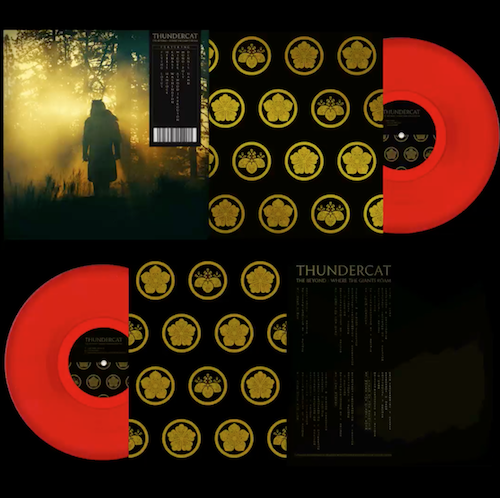 Released digitally in June, Stephen Bruner aka Thundercat’s mini-LP The Beyond / Where The Giants Roam is finally getting a vinyl release courtesy of Brainfeeder.

The release caps a stellar 2015 for Bruner, who has already contributed his idiosyncratic serpentine bass licks on two of the year’s heavyweight releases – Kendrick Lamar’s To Pimp A Butterfly and Kamasi Washington’s The Epic. Thundercat’s first new material since 2013’s Apocalypse, The Beyond / Where The Giants Roam features cameos from regular collaborators and label mates Flying Lotus and Miguel Atwood-Ferguson as well as welcoming jazz giant Herbie Hancock to play on ‘Lone Wolf & Cub’.

Due in early 2016, the vinyl release of will be pressed onto red vinyl 12″ and housed in a monogrammed inner sleeve inside a 3mm-spine outer sleeve.

Check it out and pre-order your copy here to be in with a chance for an early-bird copy.

Further reading: How Kamasi Washington’s The Epic recasts jazz in a new context.