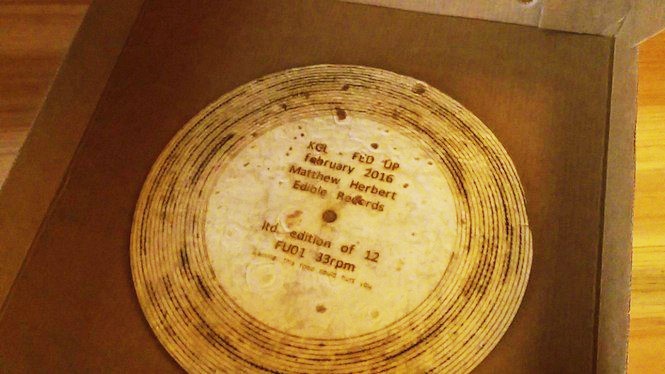 First came the YouTube sensation – a short clip of the ‘limited edition tortilla vinyl’, dubbed with the sound of the Mexican Hat Dance. Then came the bright spark who proved it was possible to laser-etch music into the surface of a tortilla. Then Matthew Herbert combined the two.

In a serious case of art imitating life, the maverick polymath has produced a playable tortilla record in a limited edition of 12 units, as part of what he describes as a new series of ‘edible sounds’.

Taking his culinary concerns on 2005 album Plat Du Jour and his infamous pork-sampling One Pig to the next level, Herbert writes on Twitter that, cut at 33rpm, the tortilla should be “playable on a normal hifi, but [is] unlikely to be delicious.” [via Electronic Beats]