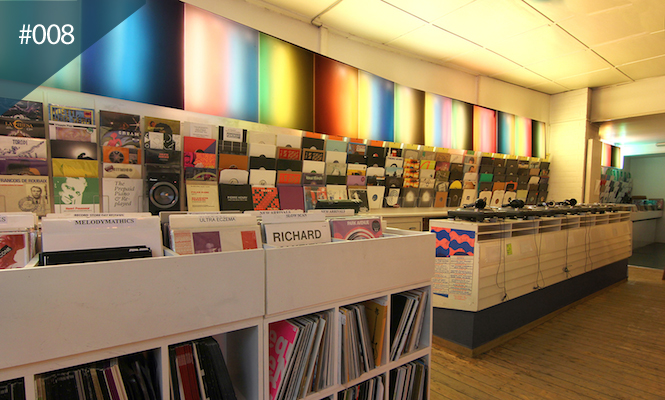 Our journey around the world’s best record shops takes us to Belgium.

Having taken long-haul flights to Chicago, New Delhi, Tokyo and Kingston in recent weeks, our next stop is a little closer to home, as we explore Wally’s Groove World in the Belgian city of Antwerp.

Proving you don’t need big city status to hold down a formidable record store, Koenie van Immerseel has spent the last twenty years turning the Groove World into one of Belgium’s top dance music emporiums. There’s nothing better than a quick trip to Antwerp for a waffle at Wally’s.

Go for: Dance music from Belgian new wave to Detroit techno, with a sideline in soundtracks and the avant garde.

What’s the story? Founded by Koenie van Immerseel back in 1997, Wally’s Groove World has held things down for DJs in the low countries for almost two decades now. A one man band of sorts, he’s grown the shop into a serious player on the club scene, on a par with Phonica Records in London and Amsterdam’s Rush Hour, with whom he co-curated a released a compilation of ’80s Belgian wave back in 2011.

On the shop floor, Wally’s deals in new and second hand records from across the electronic dance music spectrum, covering the European scene as well as house, techno and acid from Detroit and Chicago, combining classic and new school under one technicolour wall display. Being located close to one of the biggest ports in the world obviously has its benefits.

Counting The Idjut Boys, Juan Atkins, Lindstrøm and Richie Hawtin as customers will give you a good sense of the level Wally’s operates at. That said, it’s not restricted to the DJ cognoscenti, with new wave and experimental collectors like Finders Keepers’ Andy Votel also spotted rummaging the racks.

Open five days a week from 11.00-18.30 (avoid Tuesdays and Sundays), Wally’s also operate a top online store and Discogs page, through which you’ll also be able to get hold of releases on the store’s in-house label that seeks to champion lesser heard Belgian producers.