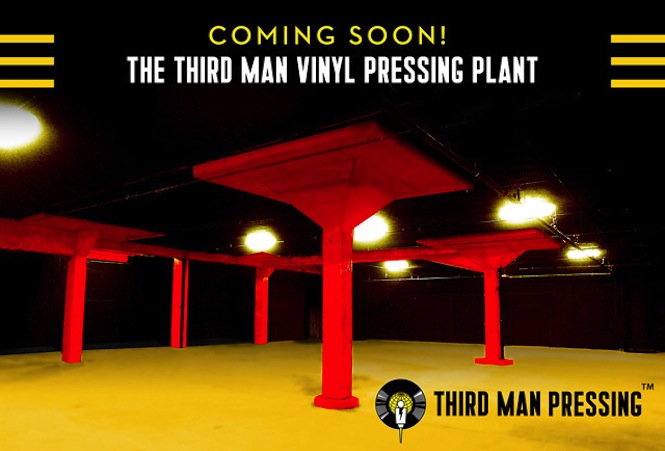 While the plant will not be operational by then, the news of a new pressing plant in the city will be a huge boost to labels, with demand backed-up at the region’s two major vinyl manufacturers Archers and United Record Pressing.

While the plant will allow Third Man records to press their own releases, they also hope to open it up to local acts. As Ben Blackwell told Pitchfork: “Part of the concern in this world is that vinyl can very easily turn into an exclusionary thing… But this is going to make it easier for a little punk band to make 300 copies of a 7″.” As Pitchfork report, the plant aims to run eight presses – all of which have been purchased from German start-up Newbilt – one of the few companies building new pressing machinery. Having been to Mexico and back on the hunt for usable presses (New Virginia pressing plant Furnace ended up taking those), Blackwell is enthusiastic about the developments. “You hear people say, ‘Nobody’s making new vinyl presses… But these guys are making them and they’re selling them.”

As well as just pressing records, the plant will also feature a viewing window to allow customers at the shop to see the process in action. [via Daily Detroit / Pitchfork]

Understand why this new plant is such a big deal for the vinyl industry by listening to our recent podcast here.