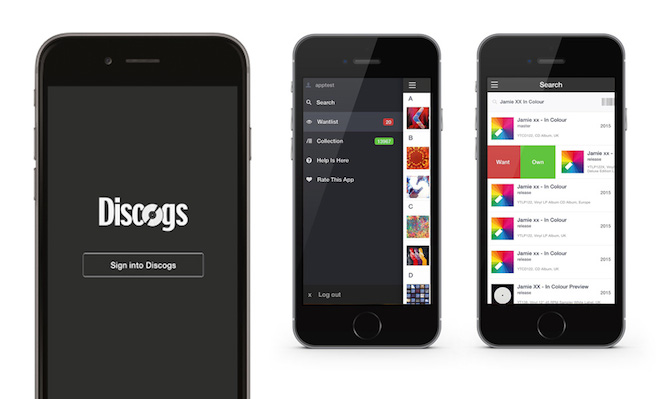 Crazy then that an official Discogs app hasn’t come sooner. A number of developers have filled the void, with MilkCrate for iOS and Discollector for Android the best options out there at present.

Soon though, Discogs will have an official app allowing users to access their virtual collection on the go. The new app will be modelled on the MilkCrate platform and share similar features including the ability to catalogue collections, view marketplace pricing, add to wantlists and search the database for music.

As with MilkCrate, once the user logins in to their Discogs account, all data from their account is instantaneously synced and all changes made on the app are updated in real-time.

No news yet on whether the app will have a barcode scanner, one of MilkCrate’s key selling points. From the sound of it though, users won’t be able to communicate with sellers or actually purchase records using the app – you’ll need to head back over to the website to do those things.

The Discogs app is set to launch in Q1 2016. We’ll keep you updated as further details emerge.

UPDATE 24/09/15: Discogs have confirmed to us that their app will feature a barcode scanner for quick access to release data (where records have barcodes). See below for a glimpse at this: Listen to Discogs Founder and CEO Kevin Lewandowski on the panel for VF Podcast – Has the internet ruined the joy of record collecting?