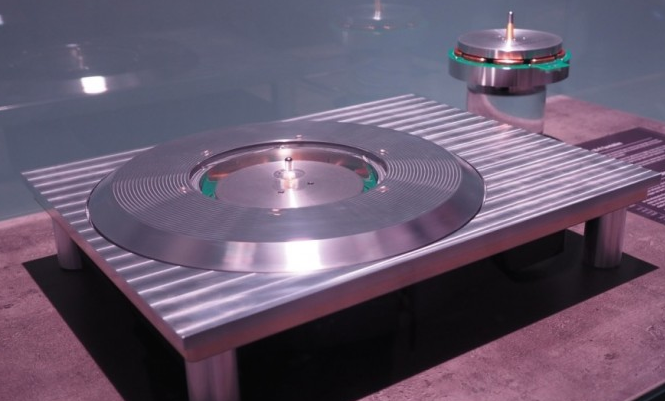 According to Panasonic the new model will feature redesigned motor control technology and an improved direct drive motor.

Last week Panasonic sent vinyl fans spinning with news that they will be resurrecting the legendary Technics turntable line.

Few details were revealed, beyond that the new build would feature improved elements at every level but still reflect the classic Technics 1200 look and feel. The prototype photo didn’t give much away either.

“It looks like something to cut ham”, “I could have made that by putting the platter of my deck on a chopping board”, “Will you be able to buy these at Tesco’s?”; came the responses on social media.

It’s also been revealed that the new model will drop in 2016.

Here’s the breakdown of improvements and redesigns, taken from the Panasonic website:

And check out these anatomy photos, courtesy of Slash Gear: While you wait for 2016, read our exploration of how Technics SL-1200 became the world’s most popular turntable.