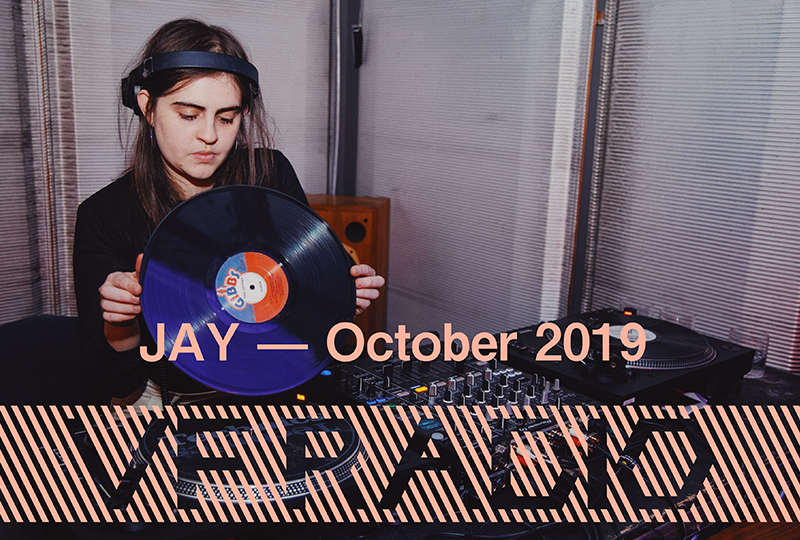 A vinyl-only tour, spanning from ambient and reggae to dub and beyond.

The Vinyl Factory Radio is a new audio platform on VF, dedicated to sharing and discovering records from across the world through mixes, interviews and podcasts.

JAY is a founding member of SIREN – a London based crew who launched in 2016 to create a safe and immersive space for those who are underrepresented in dance music, whilst critiquing the wider electronic scene as a whole. Throughout every avenue, they are champions of inclusivity, who seek to give a platform, and a voice, to those who may not have one otherwise.

As a producer, she’s released tracks on Intergraded and Higgler, while JAY’s DJ sets see her lay down fierce and sublime techno – of the variety that will joyously melt your face off.

For this first VF Radio foray though, she’s returning to vinyl for something different – a two-hour special, exploring sounds that diverge from those she plays in a club setting, from Midori Takada and Nico, to King Tubby, Sir Horatio and more.

Underworld to release music from a/v project DRIFT on vinyl