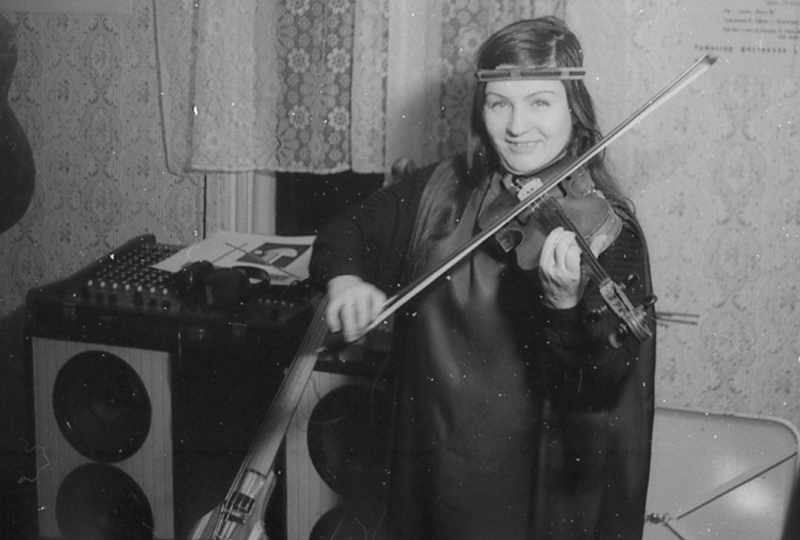 Made by shouting into amplified cello strings.

Avant-garde composer Valentina Goncharova is releasing a new album of her home recordings, titled Recordings 1987-1991, via Shukai this June.

A student of the Leningrad conservatoire from 1969 to 1983, Valentina Goncharova fled the constrictive rules of the conservatoire after being inspired by the improvisatory nature of free jazz and rising experimental rock sound.

After briefly dipping into the underground rock scene, Goncharova became increasingly enamoured with solo electro-acoustic experiments, and took to home taping on a modified Olimp reel to reel recorder.

Head here for more info in advance of Recordings 1987-1991’s 12th June release, check out the artwork and tracklist below.