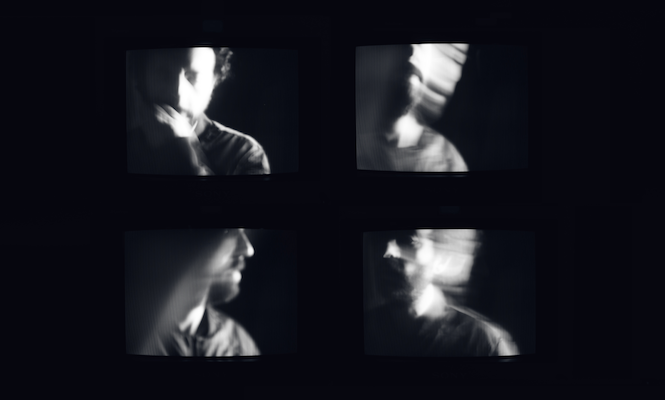 Fresh from releasing FORMAT – his first album in fourteen years – on The Vinyl Factory earlier this year, Trevor Jackson has turned his hand back to curation, digging through the vaults of Adrian Sherwood’s dub label On-U Sound for a new collection of electronic, dub and post-punk Science Fiction Dancehall Classics.

With his reputation as a selector cast in iron following the brilliant Metal Dance series on Strut Records, Jackson has revealed the formative influence On-U had on him: “Not only did On-U sound and Adrian Sherwood’s early production work introduce me to dimensions of sound I’d never experienced, inspire me to start making music and start my own record label, his live mixing at a notoriously loud Mark Stewart and the Maffia gig during the mid-80’s also gave me lifelong tinnitus.”

He continues: “On-U’s timeless releases portray a savage disregard for conformity, representative of an era where attitude and ethos spoke volumes. An uncontrived mix of cultures, minds and powerful personalities combined to produce revolutionary sonic adventures that sound as unique and vital today as they did over 30 years ago. Putting this compilation together is nothing short of an honour.”

The compilation features Neneh Cherry, Suns Of Arqa, Massive Attack’s Shara Nelson and Jackson’s own Playgroup as well as On-U Sound regulars Mark Stewart + The Maffia and Singers & Players, whose seminal War Of Words LP will be reissued on vinyl for the first time later this year.

Science Fiction Dancehall Classics will be released on October 2 across 27 tracks on all formats, with the triple vinyl edition featuring twenty tracks and a download card for the remaining seven.Pre-order the 3xLP here and check out the cover and vinyl tracklistings below. A1. Missing Brazilians – Ace Of Wands
A2. Dub Syndicate – Over Board
A3. African Head Charge – Off The Beaten Track
A4. Creation Rebel & New Age Steppers – Chemical Specialist