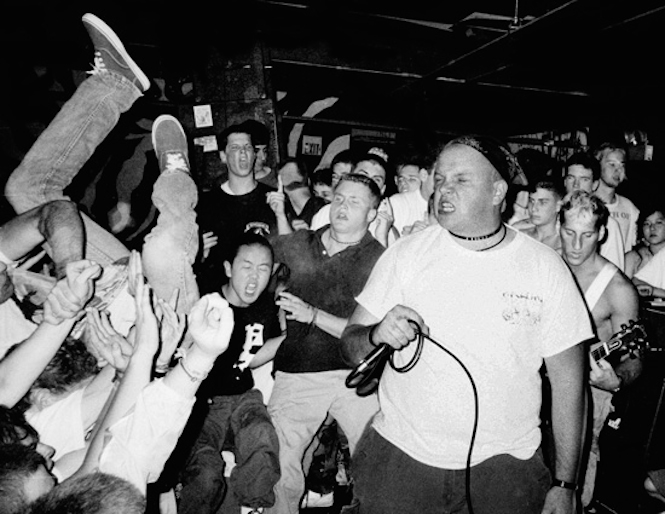 “I’m bewildered. I don’t know why that record is worth anything to anybody when it’s not worth anything to the people who created it,” said Judge frontman Mike ‘Judge’ Ferraro about their curious debut LP Chung King Can Suck It.

And yet just two months ago that very album traded hands for an impressive $6048, making it the single most expensive record ever sold on Discogs, and also the highest ever single order created on the site.

So how is it that this record has come to be valued so highly by collectors, but not at all by the band? As one would hope, there’s an interesting back-story (the clue’s in the title). Let’s rewind to the late ’80s hardcore scene, New York City. sXe band Judge had produced a cult hit in the underground with their ’88 debut EP “New York Crew” – the band’s thick metallic guitar crunches and militant words ignited the pit and would go on to inspire an entire generation of bands. A year later the band block-booked three days at Chung King recording studio to put down their highly anticipated debut album ahead of an upcoming tour. Time was not on their side and unfortunately neither was the studio.

The story goes that Run-DMC, Beastie Boys and LL Cool J were occupying three out of four studios at Chung King, leaving Judge with the least technologically advanced studio. To make things worse, the studio recording engineer turned out to be a full-blown cocaine addict, ironic in light of Judge’s militant anti-drug lyrics. On day two of three, the engineer didn’t show up, forcing the band to work with a second studio engineer who was completely uninitiated in the ways of punk.

When the recordings came in, the overall mix was weak, the drums didn’t pack their usual punch, and the band were unhappy. The plan was to shelve the session and record again in a different studio. Unfortunately Revelation label boss Jordan Cooper had already paid for mastering and plating the vinyl stampers, making it financial unviable to scrap the album.

Cooper opted to press a limited run of 100 white-vinyl copies, which were then sent to fans who had advance ordered the album. Initially intended to be titled Bringin’ It Down, the record was renamed Chung King Can Suck It and assigned catalog number REV:-1 (negative one). In line with normal procedures, the pressing plant produced a 10% overrun of Chung King Can Suck It resulting in a total of 110 copies of the record. Each copy has its number out of 100 stamped on the sleeve although the additional 10 copies have the second zero in “100” manually altered to read “110”. The band went on to release the ‘proper’ version of Bringin’ It Down later that year but  collectors have been hellbent on getting a copy of Chung King Can Suck It ever since.  A curiosity as much as a rarity, the record has a track record of commanding sky-high prices – selling for $6600 on eBay last year, and now boasting the title of most expensive record ever sold on Discogs.