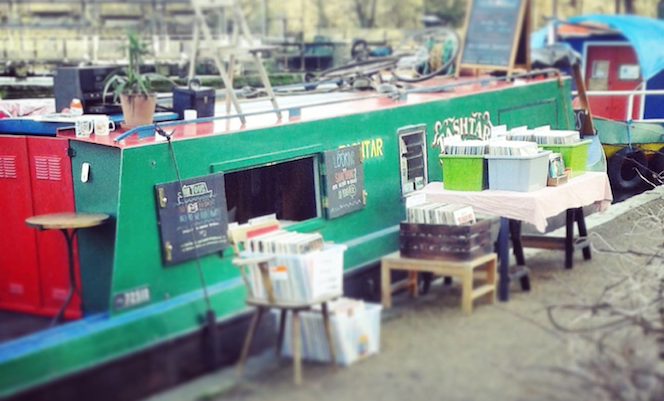 The Record Deck, a floating record store, will be docking in various locations throughout 2015.

Bored of the usual record store atmospherics? Head east to Hackney, where one of the strangest record stores you’ll encounter has just pitched up. The Record Deck is a fully functioning record store-boat and it’s on the move.

The store will be floating to different locations throughout the year including an appearance at Field Day in June. The nomadic record shop is currently docked outside the Princess Of Wales pub on Lea Bridge Road where it will stay until April before floating west along the Regent’s Canal.

In terms of stock on deck, expect a fairly mixed selection of second hand records with a leaning towards 60s-70s rock . Here’s a preview of what’s aboard and check out the boat’s 2015 schedule below. Keep up to date with The Record Deck here.