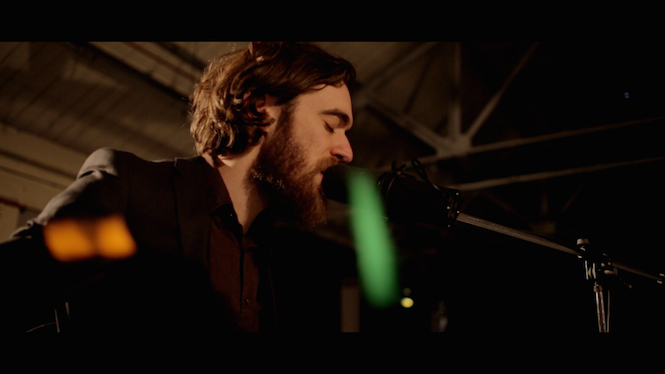 When better to re-release a quintessential heartbreak album than the week of Valentine’s Day? Due on 9 February, the new vinyl edition of Dear includes a bespoke matt sleeve with spot UV debossed artwork and an exclusive fine art print by Keaton himself, individually hand signed and numbered.

And there are three bonus tracks, of which Keaton says “There were certain songs from the same era as ‘Dear…’ that I felt in hindsight should perhaps have been included, and wondered what they would sound like with new production added.” Listen below:

What’s more, we invited Keaton to perform a track from Dear in our Brewer Street Car Park space. Keep your eyes peeled for a forthcoming video and check out exclusive photos from the secret gig: Dear will be released on 9 February, pre-order a copy now

Listen to and download an all 7" vinyl mix from Caribou