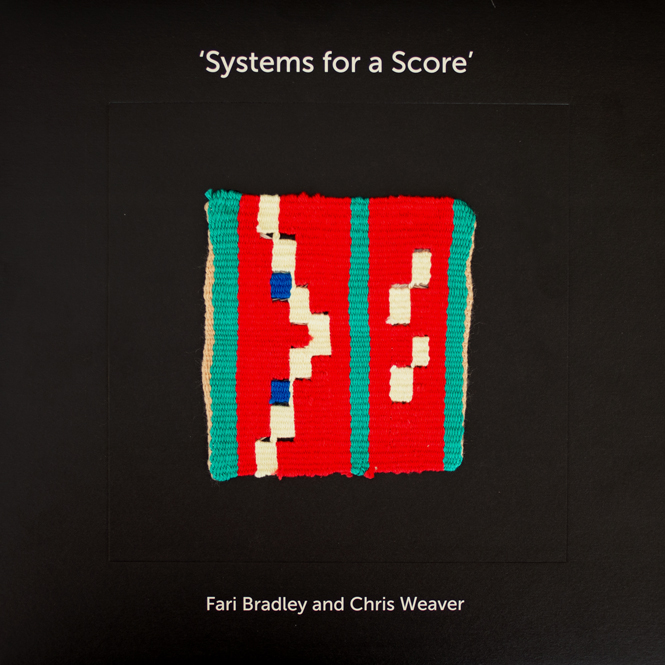 Showcasing the experimental art and music emerging from the Middle East, Systems For A Score is the centre-piece of a new exhibition by Fari Bradley and Chris Weaver at Tashkeel, Dubai. The first show of its kind to foreground the region’s sound art scene, the pair invited UAE-based musicians and artists to their bespoke recording studio ‘A Model Studio’ to interpret patterns of Emirati weaves as graphic scores. Fed through an Atari computer to create new sounds, these scores were then used as the basis for the seven original compositions on the LP, revitalising the compositional concepts of musique concrète for the digital age.

Featuring electronic treatments of hand-made instruments, folkloric vocals and even a children’s school class, the tracks create a sense the conversation between contemporary and traditional culture in the region, remodelled into something varied, vibrant and entirely new. Pieces like ‘Night Stroll, 35°C’, ‘Habeeb Swam to Baluchistan’ and ‘Threads Before Knots’ wouldn’t feel out of place in DJ sets from Four Tet or Gilles Peterson.

Listen to previews from all seven tracks below:

The culmination of Bradley and Weaver’s eleven month residency at the space, Systems For a Score has now been pressed to vinyl by The Vinyl Factory, featuring a piece of handmade weave, rendered from the digital patterns of the music.

You can order your copy of the LP here and if you’re lucky enough to be in Dubai, check out the launch party at Tashkeel on Thursday 20th May featuring a listening session and live performances.

Check out the tracklist below: