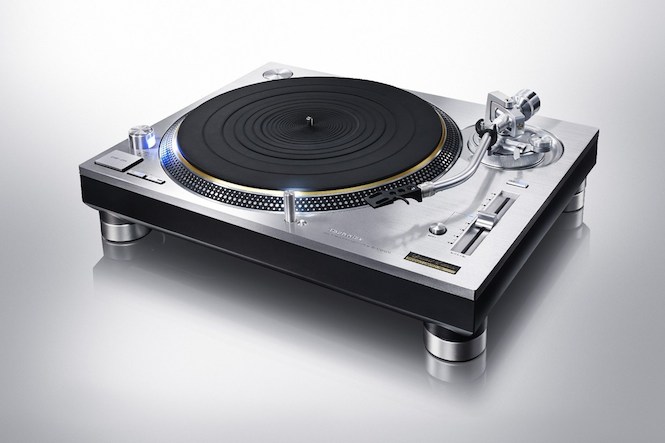 Last September, we saw a teaser of the long awaited new Technics turntable. It looked more like a gas stove or something to cut ham with than an SL-1200 tank. Those were only glimpses though. Now Panasonic has unveiled the finished product and thankfully, it’s a thing of beauty.

In a new preview on Wired, the company explains they will release two versions of the new turntable.

First, the Technics 50th Anniversary ‘Grand Class SL-1200GAE’ will be released this summer in a limited run of 1200 units. Following that a non-limited edition Grand Class 1200G will appear before the end of 2016.

The full list of new features have now been unveiled via the Technics website. See photos below and scroll down for complete specs. Display your vinyl with this sleek new record easel