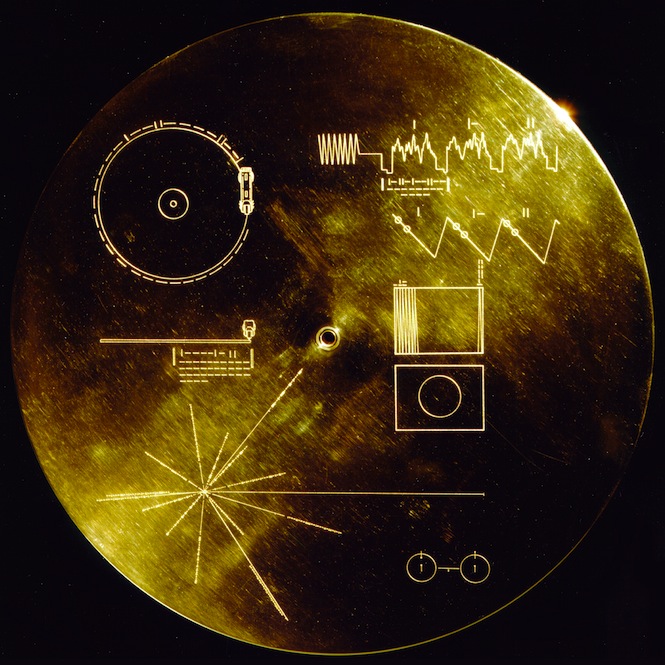 The Sounds Of Earth uploaded to Soundcloud for the first time.

In 1977 NASA sent space probes Voyager 1 and 2 into the furthest reaches of the solar system. Alongside all the technical equipment on board were a set of gold-plated copper records that must surely count as the rarest in the whole universe.

Containing sounds and images from Earth intended to give any curious extra-terrestrials a sense of life down here, the contents of the Voyager Golden Records have now been uploaded to Soundcloud for the first time by NASA, whose account has been a source of continual inter-stellar intrigue since they joined the audio platform last year.

While the complete records include greetings in 55 languages and examples of human music from a huge range of artists from Beethoven to Chuck Berry, NASA’s recent upload focusses on the incidental sounds of earth, like trains arriving, dogs barking and, more romantically, the sounds of footsteps, heartbeats and laughter.

As much a human time capsule as an attempt to communicate with aliens, Carl Sagan – who masterminded the records – did make sure to include instructions on how to assemble a stylus for playback. In 2012, Voyager 1 (and its Golden Records) became the first human made object to enter interstellar space. Don’t expect these ones on Discogs any time soon. [via Gizmodo]