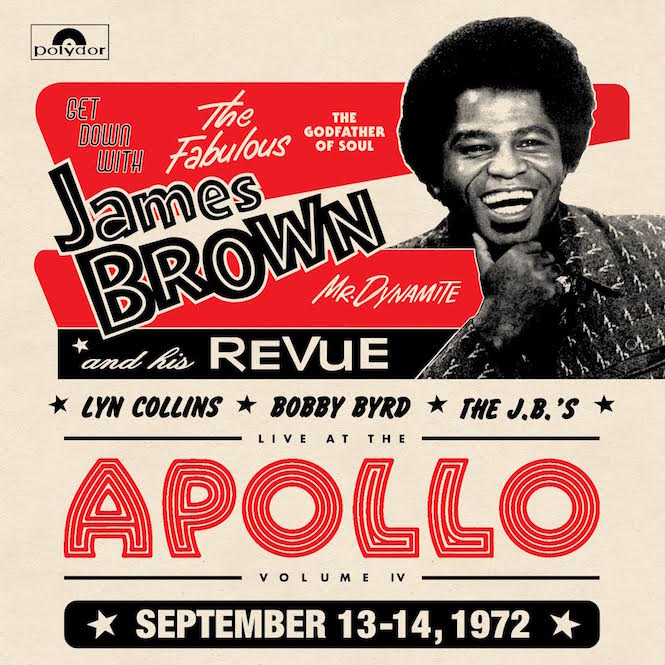 Never before issued on vinyl (or CD), The James Brown Revue: Live At The Apollo IV is the final chapter from Brown’s legendary Apollo Theatre series.

Between ’62 and ’71, Brown released three albums taken from his sessions tearing it up at Harlem’s Apollo. The first in the series oft ranks amongst the greatest live albums of all time. Volumes II & III are also highly revered, which makes it a bit of a mystery as to why Volume VI – recorded over two sweaty nights in September 1972 – never surfaced.

Whilst the other Live At The Apollo releases focus on Brown’s own incredible music, IV spotlights his favourite players including The JBs, Lyn Collins and Bobby Byrd.

Now more than four decades on, this mind-blowing concert is being issued on vinyl via Get On Down as part of this year’s Record Store Day.

An introduction to Wayne Shorter in 10 records