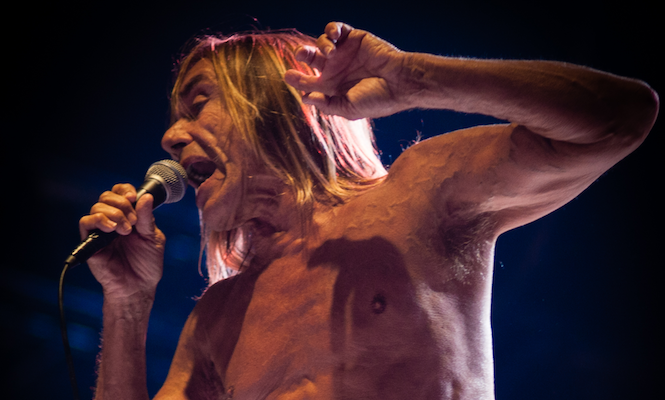 ‘Godfather of punk’ Iggy Pop has teamed up with German electronic experimentalists Carsten Nicolai aka alva noto and Tarwater to pay tribute to great US poet Walt Whitman.

A project first realised on the 2014 CD release of Children Of Adam, Leaves Of Grass takes its name from Whitman’s most famous collection and sees alva noto and Tarwater create the sonic backdrop for seven tracks of Iggy Pop’s idiosyncratic, gravelly readings.

Infatuated with both the work and personality of the poet, whom he believes “would have been the perfect gangster rapper”, Iggy Pop had this to say on Walt Whitman:

“You know, I think he had something like Elvis. Like Elvis ahead of his time, one of the first manic American populists… His poetry is always about motion and rushing ahead, and crazy love and blood pushing through the body… Whitman says, even the most beautiful face is not as beautiful as the body. And to say that in the middle of the 19th century is outrageous. It’s a slap in the face. Look at the popular, well-educated poets of the time, those sensitive noblemen. But Whitman writes: “Fuck ass.”

Released on Morr Music with no digital version planned, Leaves Of Grass is only available in its limited vinyl edition of just 500 copies, complete with embossed artwork. Click here to pre-order your copy now ahead of its release on 5th February and hear preview snippets.