Global vinyl sales up 54% in 2014; biggest selling records of the Millennium announced 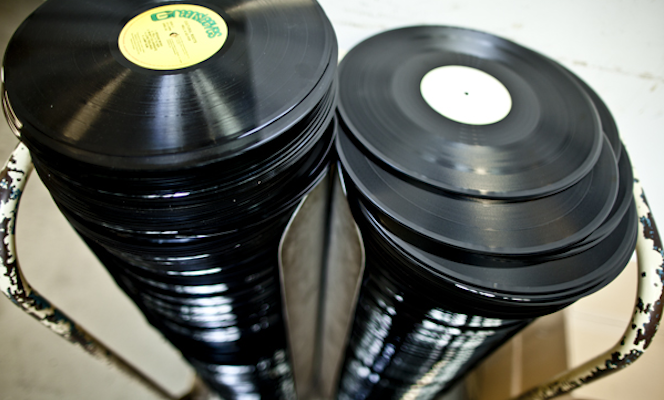 On the eve of Record Store Day, an avalanche of statistics heralding the universal growth of vinyl sales have been announced. Worldwide recording industry watchdog IFPI kicked things off with the news that vinyl sales rose a staggering 54.7% across the board in 2014, to a combined value of US$346.8 million. Unsurprisingly it’s a rise felt most keenly in the United States where the market is worth over half that at US$181.6 million, up 52.8% in 2014.

The report also charts the overall rise of vinyl sales across the world’s ten main markets, with Australia and Japan leading the way in terms of growth. The UK saw a 60% rise in vinyl sales year on year in 2014. Check out the table below: The stats are mirrored by new Nielsen Soundscan report covered in Billboard which tells of a 53% increase in US vinyl sales between January and March of 2015 too, citing ‘solid gains in catalogue album sales’ as a driving force, with new releases also performing well, up 37% on the same period last year.

Taking the long view, Nielsen have also published figures on album sales since 2009, charting an overall growth of 260%. See their graph below. Finally, having announced the first ever dedicated weekly vinyl chart, Official Charts Company have unleashed their top 40 vinyl album and singles sales of the Millennium. Reflecting trends in the way records buying and manufacturing have shifted from singles to albums, many of the top ranking vinyl singles of the last fifteen years were released early in the Millennium, while many of the albums were released in the last five years.

Arctic Monkey’s AM ranked as the highest selling vinyl album of the Millennium, followed by Travis’ The Invisible Band and Radiohead’s The King Of Limbs. Pink Floyd’s Endless River and Daft Punk’s Random Access Memories also made the top ten.

On the other hand the singles chart is more of a throwback to Radio 1 of the early Noughties with Spiller’s ‘Groovejet (If This Ain’t Love)’ taking the top spot, Delerium ft. Sarah McLachlan’s ‘Silence’ and 50 Cent’s ‘In Da Club’ making up the top three. In a similar vein, their were also high ranking slots for Darude, Zombie Nation and Daniel Beddingfield. Click here to check out the full charts.