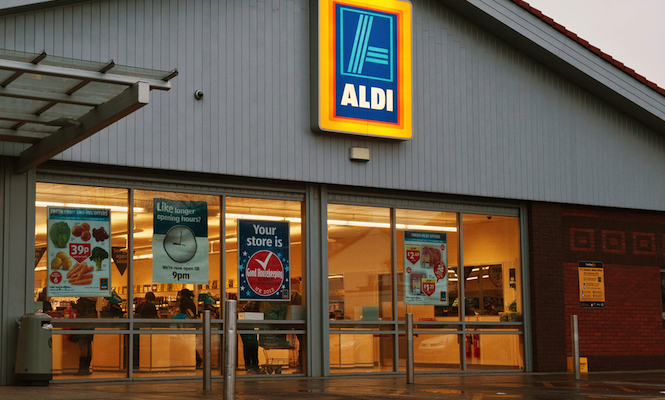 German discount supermarket chain Aldi is to stock vinyl records in its Australian stores for one day this month. More of a tentative toe-dip in the murky waters of record retail than a full on dive, Aldi will trial selling an uninspiring selection of classic records by The Beatles, Elton John, Cat Stevens, Rolling Stones and the not so classic Katy Perry alongside gear like this potentially ruinous USB turntable-come-cassette deck.

While the latter definitely falls in line with Aldi’s discount model (just imagine what a $60 USB turntable will do to your records), at $24.99 the records themselves aren’t quite so affordable, especially given that you’ll grab a copy of Sgt. Peppers for less than a bag of scotch bonnets at your local charity shop. According to Aldi’s website, the records will be sold as part of their Special Buy promotion on Wednesday 11th November, qualified with the optimistic caveat that “despite our careful planning, we apologise if selected items may sell out on the first day due to unexpected high demand.” Good luck with that. [via Tone Deaf]

As Pete Paphides wrote in response to Tesco’s announcement last month, the fact that supermarket chains stock records is not a reason in itself to throw your toys out of the pram, but instead illuminates the growing strain on the vinyl pressing industry in meeting the exponential demand for pointless reissues.

Storm Static Sleep: The evolution of post-rock in 12 records