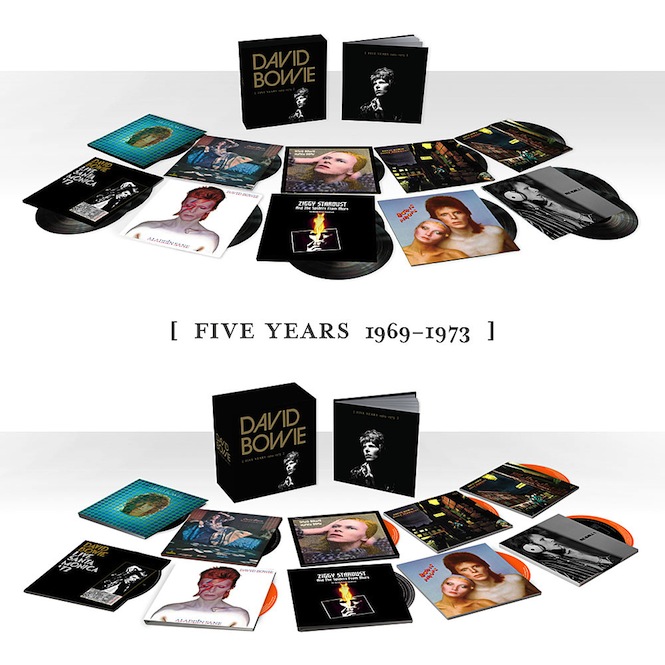 Five Years 1969 – 1973 is the first in a new series of career retrospective box sets, due out through Parlophone Records later this year.

Featuring “all the material official released” by Bowie between 1969 and 1973, the box will include all six albums released during this period, with newly remastered versions of David Bowie / Space Oddity, The Man Who Sold The World, Hunky Dory and PinUps joined by reissues of The Rise And Fall Of Ziggy Stardust And The Spiders From Mars and Aladdin Sane.

The collection also features the first-ever pressing of the 2003 mix of The Rise and Fall Of Ziggy Stardust, which was previously only available on the DVD for the 40th anniversary of the album. There will also be two live albums – Live Santa Monica ‘72 and Ziggy Stardust: The Motion Picture Soundtrack and the collection of non-album singles, single versions and B-sides, Re:Call 1.

Also available as a 12-CD set, the 13LP vinyl box set edition will be pressed to 180g ‘audiophile’ vinyl and comes with an 84-page book including photos, producer notes, vintage reviews, and a foreword written by The Kinks’ Ray Davies.