Check out these custom-built 10″ Technics turntables 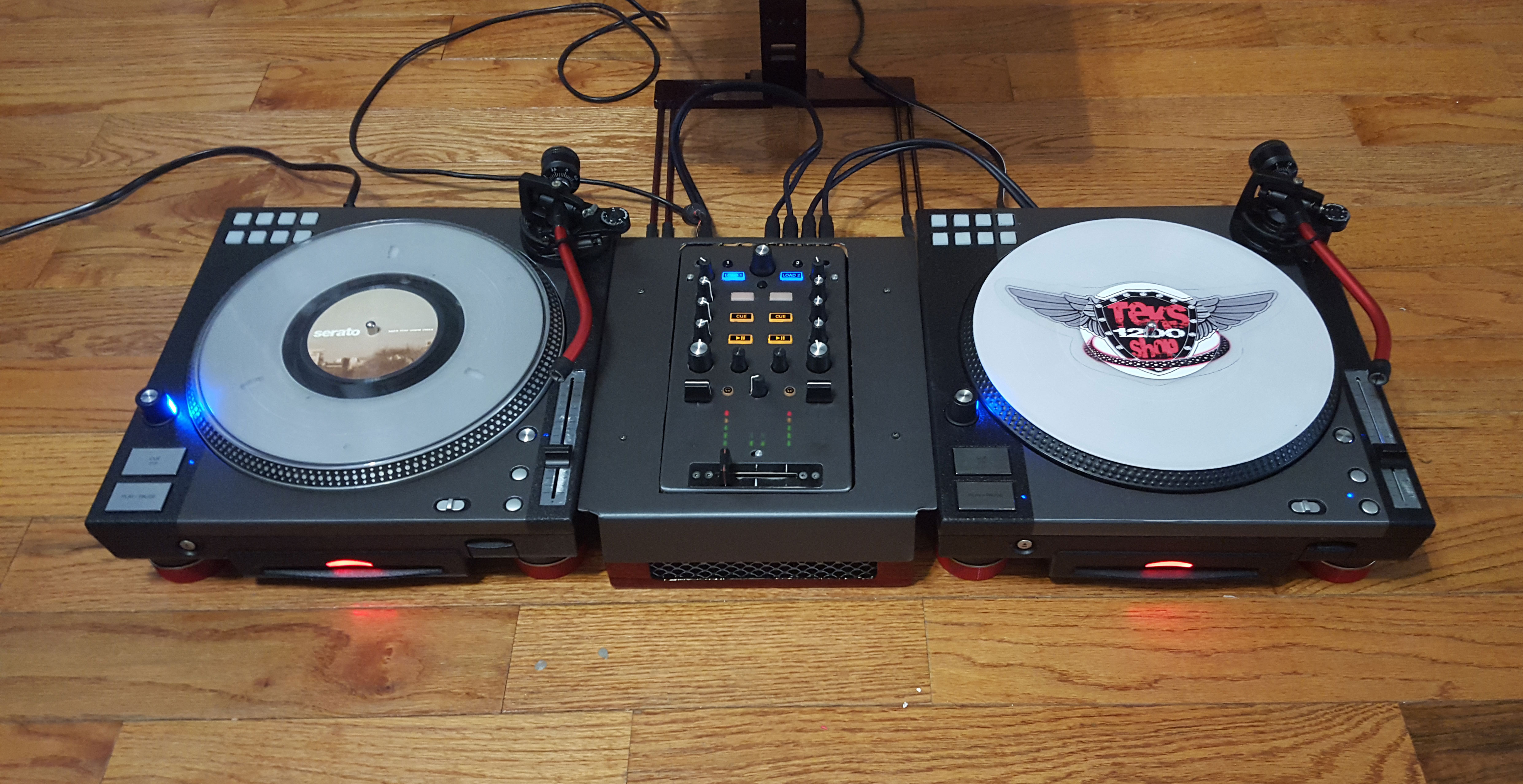 We’ve been obsessing over Biz Markie’s pair of 7″ Technics for some time now, and we’re not alone. DJ J-Tek, a respected turntable modifier, has been trying to create his own version ever since. After failing to find a suitable Technics platter, he decided instead to build a 10″ Technics and he’s finally done it.

Using the ill-fated SL-DZ1200 CD deck as a base with a Technics 1200 tone arm strapped to its side and a spindle implant, Tek has unveiled the Technics JT-10 MK1 in an interview with DJWORX.

“The first major hurdle for me was the pcbs board. Where I wanted to add the tone arm, when I gutted the unit and removed that pcb board it made the platter spin backwards. I needed that long pcb board relocated some how. I’m a electrician by trade so I got my multi-meter and did some soldering and tinkering with the board. I didn’t need the board any more and made the platter move in the right direction, SUCCESS!!”

According to Tek, the deck has a similar feel to the industry standard Technics 1200s, down to the torque and the pitch. But there are limitations. Unfortunately the platter can currently only spin at 33rpm, so 7″s are out. As are 12″ records because they don’t fit on the platter. And it’s a CV unit meaning only 10″ time coded vinyl will play, probably a corollary of its CD deck base. For Tek this first conversion is a personal project. Once he sets out costings, he intends to offer custom built Technics JT-10 MK1 to his clients. Head over to his online shop to stay in the loop. [via DJWORX]

Thinking of customizing your decks? Get schooled on record player anatomy and then check out our 8 best turntable tweaks.