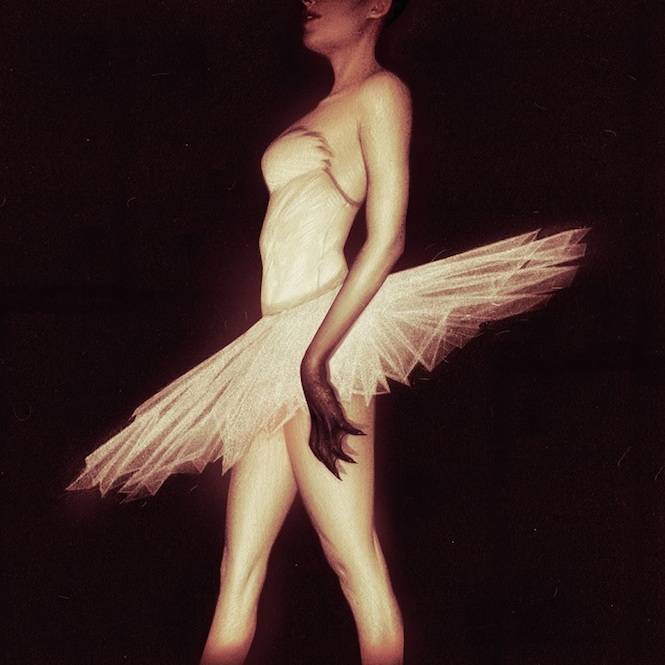 Clint Mansell’s score for the stunningly operatic film is an unusual creature in itself. He takes Pyotr Ilyich Tchaikovsky’s Swan Lake and deconstructs it into a modern film score for a twisted fairy tale.

Although Natalie Portman won Best Actress at the Oscars that year and Black Swan was nominated for a bunch of awards, including Best Picture, the score was disqualified for its use of existing music. It is, however, one of the most beautiful and haunting elements of Aronofsky’s film.

Now Mondo are releasing the score on vinyl for the first time. You can pick up a copy at MondoCon 2015 (which takes place on October 3rd & 4th in Austin, TX) or online after the convention. Check out this 2-in-1 turntable and cassette player