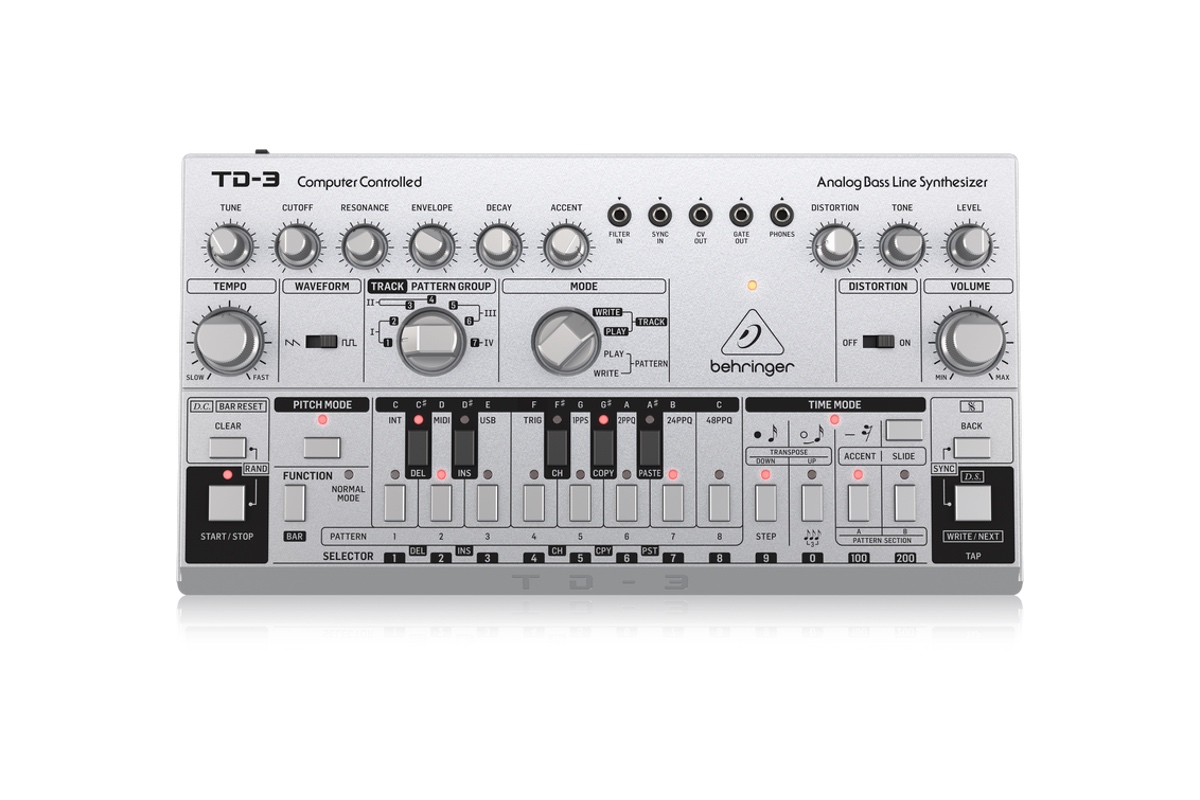 Behringer’s TD-3 is described as an “ultra-affordable and faithful homage” to the 303, with all the features you’d expect, including pure analog circuitry with matched transistors and a 16-step sequencer plus a new distortion circuit. The VCO, VCF and VCA designs are also “true to the original”.

Unlike Roland’s 1981 original, the TD-3 comes in three colours – grey, red and blue. It also includes the CV and gate outputs found on the original model plus a filter input and sync input that can be used in conjunction with a poly chain feature that can connect multiple synths for up to 16-voice polyphony.

The TD-3 is by no means the first 303 clone – as well as Mode Machines’ x0xb0x and the Cyclone Analogic Bass Bot TT-303, Roland itself offers updated versions of the 303 in its Aira TB-3 and Boutique TB-03 models. However, neither of those use real analog circuitry, opting instead for analog emulation software.

Behringer’s range of clones began with the announcement of its own version of the Minimoog back in 2017, and since then it has developed clones of the ARP Odyssey, Sequential Circuits Pro-One, Roland SH-101 and more. The company has received criticism for its practices over the years, though Behringer argues the process is “reverse engineering” and a common part of the wider tech industry.

Behringer’s TD-3 is available for pre-order now, though no release date has been announced.