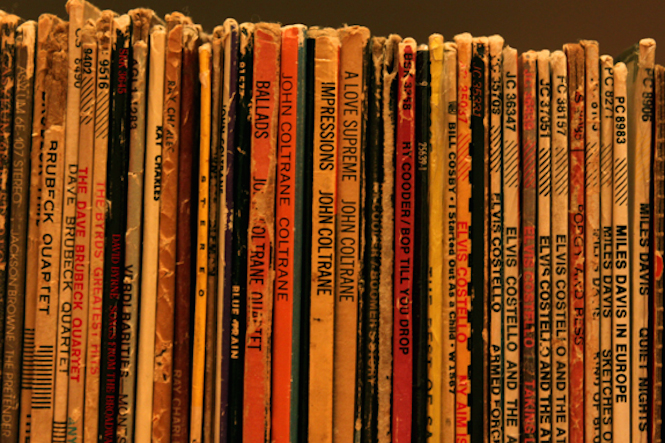 A new record shop opened doors on Streatham High Road in South London last week. To enter Turnstyle Records you’ll need to rotate your way around an original turnstile from Crystal Palace’s old football ground, a relic that owner Chris Winter bought from the shop’s previous owners in its incarnation as a vintage emporium.

The shop itself will almost exclusively stock jazz records, complementing the sounds often heard spilling out of the neighbouring Hideaway Jazz Café. “”Jazz is my thing, I’m going to try to be very specialist in that regard,” Winter told Croydon Advisor. “We’re going to be very welcoming – anyone can come in and if they want us to play them a song, we will.” Formerly an IT teacher, dealing records is uncharted territory for Winter. “This store is a new venture for me – it’s a bit of a shot in the dark,” he explained. “I decided to do it because you have to give things a go and also there is a real vinyl revival.” [via Croydon Advisor]

Last year three new record shops opened up in South London, the physical manifestation of a bubbling new vinyl culture and something we explored in depth here.