Playing records that influenced his new album, including Sun Ra, Midori Takada and Tony Allen, alongside selections from the release.

In VF Live, our favourite collectors take you inside their homes, record shops, and studios, for intimate mixes and performances.

Sound artist Peter Adjaye returns for his latest set, playing a selection of compositions from his new album Ceremonies Within – alongside music that influenced his creative process, including records by Sun Ra, Midori Takada and Tony Allen.

“My new VF mix is a celebration of the release of my new album Ceremonies Within, which is my response to a new collaborative exhibition called A Countervailing Theory with Toyin Ojih Odutola at The Curve Gallery, Barbican open now through 31st January 2021,” shares Adjaye.

Watch and listen to the set above, head here to find out more about the release and order your copy here. 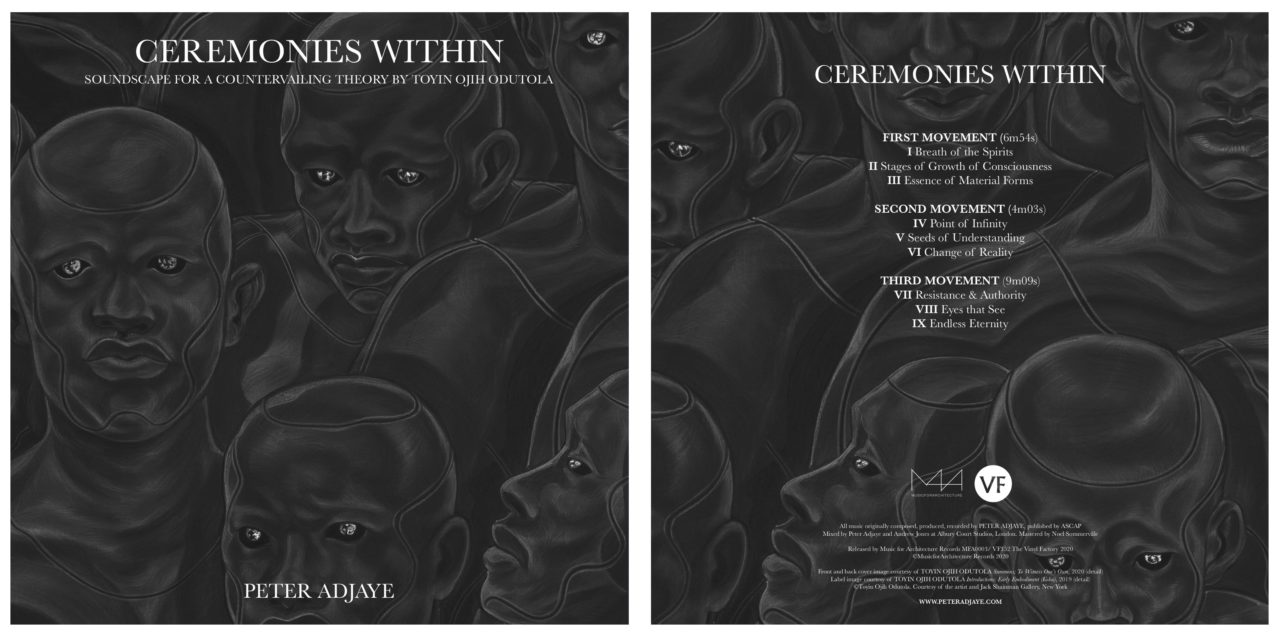