The solo project of former S.C.U.M. founder and vocalist Thomas Cohen, his intention with Sylph was to create something psychedelic and collaborative in nature. Cohen’s work is informed by notions of space and congregation, and built loosely around the concept of ‘mass’.

A different sonic beast to previous solo releases, Sylph’s alien soundscapes have more in common with the after-dark, scuzzy-ness of S.C.U.M.

“I wanted to fuse the singer-songwriter format of having a verse or a chorus, with a harder electronic repetition,” explains Cohen.

“All holes are ancient, this is four songs from those spaces above and below. Chains, Scriptures and Ancient Holes That Touch Me Now I’m in Heaven.” – Thomas Cohen

A short film, by director Victor Gutierrez, accompanies the release. It features intimate and atmospheric performances of two tracks from the EP – ‘Scripture of Love’ with Karl O’Connor aka Regis, and ‘Ancient Hole’. The film also includes a rendition of ‘Tears Fall From The Sun’ with Rrose, which is from Sylph’s previous release, Silver As It Was Before. Throughout, Cohen brings together some of the tactile elements that inspired the project, ranging from architecture to textiles.

Order Ancient Hole here, check out the artwork and tracklist below. 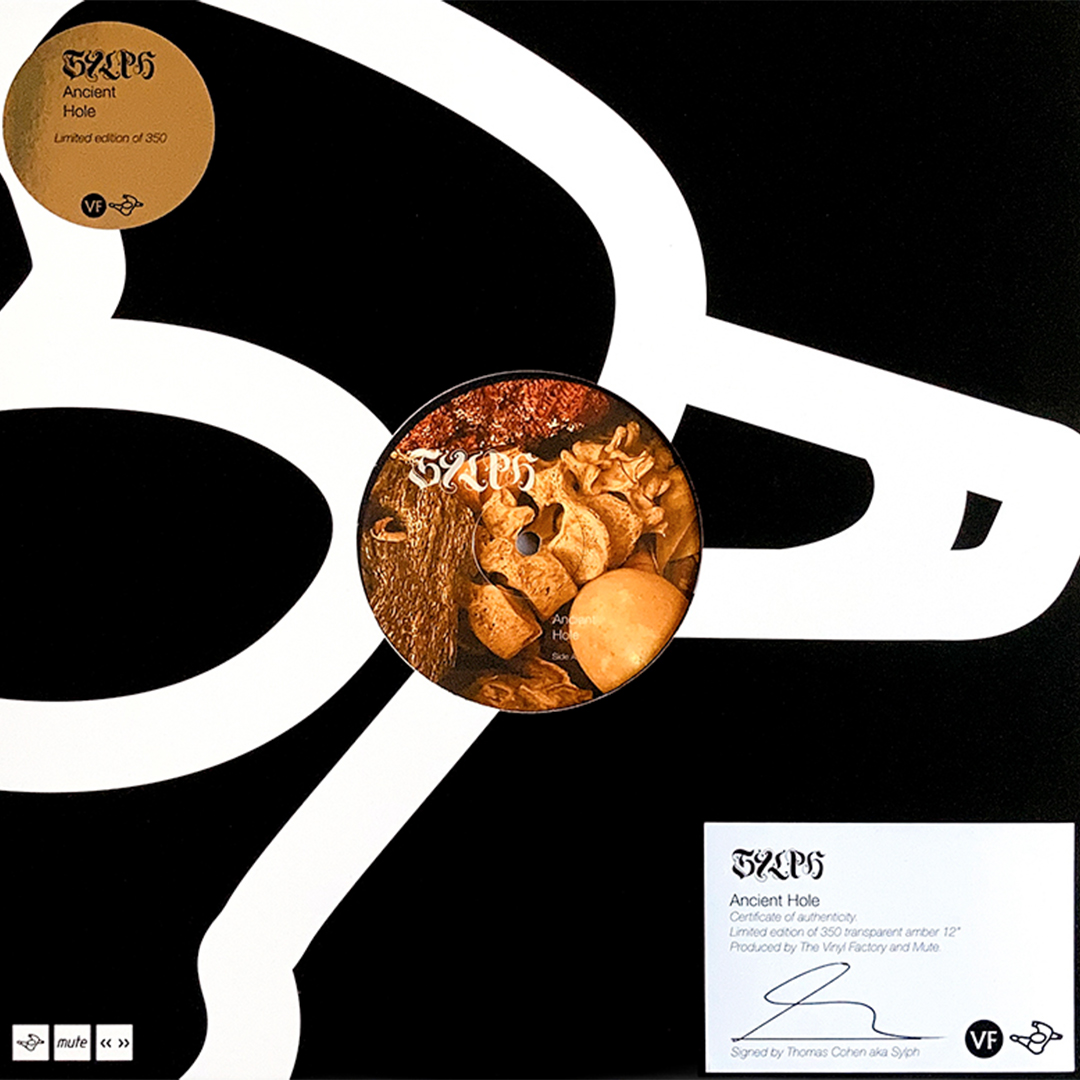 A1. Scripture Of Love – with Regis and Simon Shreeve
A2. Ancient Hole – with Anni Hogan and Regis

B1. Chain Of Love – with Terence Fixmer
B2. Touch Me Now I’m In Heaven – with Nicolas Bougaïeff