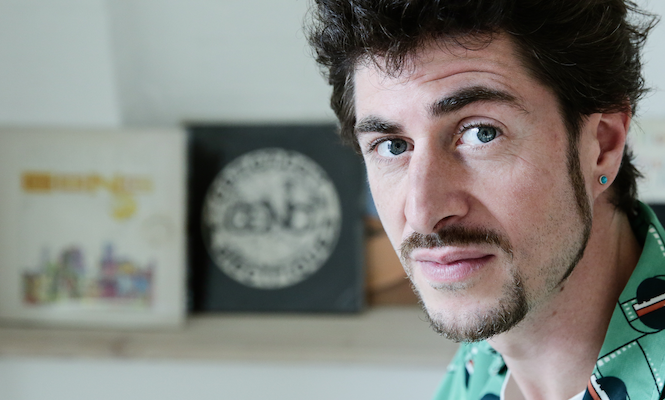 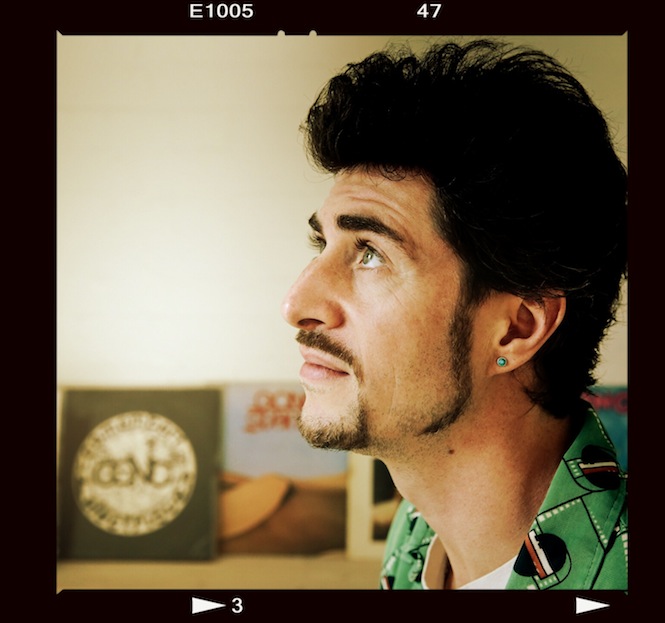 “When you’re looking for samples you want lots of different breakdowns and loads of different sections and Gong would go everywhere within one track.” In this sentence lies the root of Paul White’s affinity with Daevid Allen, the psych poet, guitarist and otherworldly mind behind Soft Machine and the sprawling, amorphous and engrossing entity that is Gong.

A beat maker by trade, Paul White has always had the itch to chop, change and throw in the odd curveball. Where his 2011 LP Rapping With Paul White was peppered with skits, patchwork samples and assorted religious chantings, the release of Shaker Notes on R&S this month sees White go full shaman, borrowing from a world of music to create a quiet tapestry, less bombastic and more coherent than anything he’s done before.

And this is where Daevid Allen comes in. An innovator and downright eccentric who scoured every peak and trough of his mind for narratives to inform his music, Allen’s work with Gong and in a solo capacity pushed every convention to the limit. Scrawled in mushroom ramblings, doodles and characters (Zero The Hero, Lawrence The Alien…), the records he released in the 1970’s and 80’s are musical trips of the most expressive kind, drifting between ambient, jazz, fusion, rock, psych and poetry whenever the story needed them to create something so wholly unique it might as well have been telepathically transmitted from Planet Gong by a flying teapot.

Earlier this month, Paul White showed up at our office with a bag full of Gong records to share twelve of his favourites and explain what on earth this teapot business was all about. As ever, you can listen to tracks from all twelve records in this playlist below or here them individually on the following pages.

How did you first get into Daevid Allen and Gong?

Like a lot of stuff, just checking out what people had sampled really. It’s interesting, people talk about sampling in terms of ripping people off and stealing their music but actually sampling has exposed me to so much great stuff, and Gong was for some reason just the big one for me. Ironically I haven’t ended up sampling them much, I find it easier taking rubbish that I really don’t like and sampling it, rather than taking something I really admire. It can feel a bit too easy and a bit disrespectful. 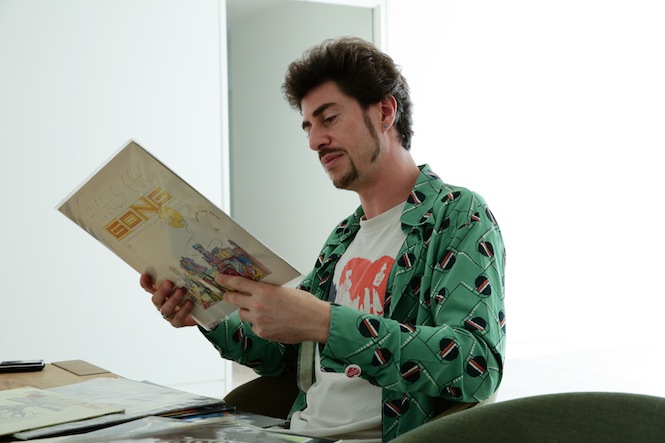 Also, there’s probably a bit more pressure since the source material is of such high quality. In a way the last thing you want to hear when you’re making music is something you really admire.

It’s true, yesterday I was pulling out of stuff for this other thing I’m doing, a load of jazz fusion stuff, only my favourite guys from everyone like George Duke to Chick Corea to Herbie Hancock to Miroslav Vituous and you know to me this is the best music in the world, and then I made the stupid mistake of listening to my music afterwards and I was like “oh man, this sounded ten times better before I listened to these guys”.

Can you remember which the records were that you first heard Gong sampled on?

I think it was some Quasimoto stuff, and I think the first Gong album I got was Camembert Electrique, and I bought that and immediately thought it was unbelievable. When you’re looking for samples you want lots of different breakdowns and loads of different sections and Gong would go everywhere within one track. It would start off ambient electronic, then it would into this crazy jazz section then it would get really rocky at the end it would have all these breakdown parts and all these hilarious little skits, it was just all about creativity and fun, and it represented everything that I liked about music. 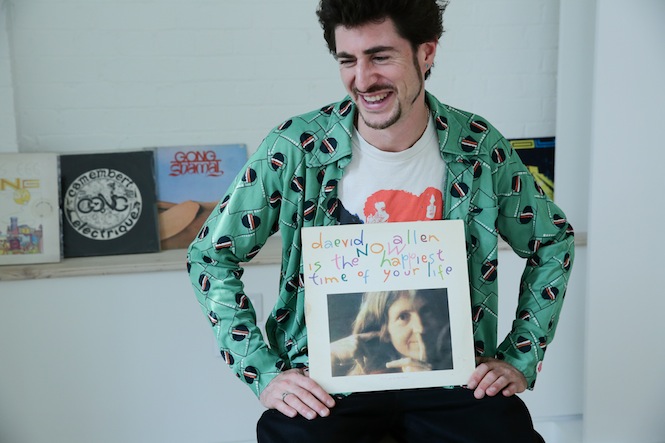 You know, my idea of music should just be total freedom, total fun, total self-expression, total creativity, not trying to fit to anything, just exploring. Daevid Allen talks a lot about that, just letting go, being spontaneous and letting things happen that are bigger than yourself. And all of his stuff is so psychedelic, coming from a kid who experimented when I was like 16 upwards – but I’d stopped by the time I went to uni, everyone was just getting into stuff and I was like ‘no way, I’m done!’ -that was another part of it. You could hear that he’d experienced things that were larger music, and so had I so I related to that.

It’s like the story is as important as the music?

Yeah, and he apparently at one point saw his future, probably playing on a huge amount of magic mushrooms or something. And in these stories there are characters. He says that he’s a schizophrenic, he hears this character called Zero The Hero in his head who is all over all the records. There’s this whole story about how these guys met and they could hear this radio station called Radio Gnome Invisible from the Planet Gong and they get sent these messages and they get into this flying teapot and fly over the Himalayas and meanwhile Zero The Hero is having this trip experience. It was a whole world and you can hear it in the music and the lyrics touch on it and there’s a whole set of mythology attached around it.