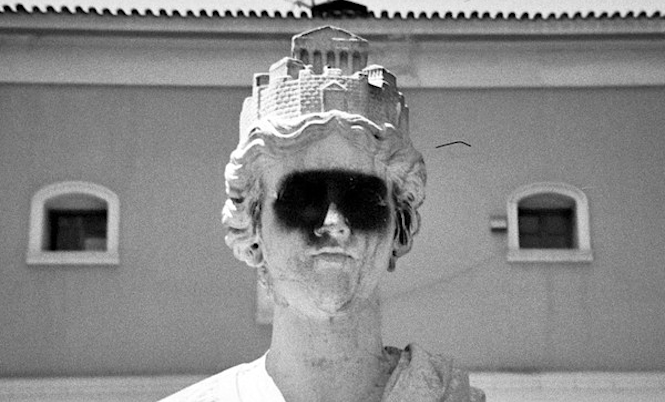 Our Label Spotlight series is a monthly illumination of the labels from around the world whose musical vision, design and innovation are keeping vinyl at the cutting edge in 2015. Having checked in with Amsterdam’s Music From Memory and Oslo’s Smalltown Supersound, this month it’s the turn of irrepressible California imprint Castle Face Records to take the stage.

If you’ve followed our weekly top 10 vinyl releases lists in 2015 you’ll have noticed that not many weeks go by without an appearance from Castle Face. Although they’ve been around since 2006, over thirty of the label’s releases have come in the last three years alone and with such insistent quality that they’ve become impossible to ignore. Home to Ty Segall, Thee Oh Sees and Coachwhips, Castle Face give us a smile and a short introduction to their very unique brand of DIY.

Myself (Matt Jones), John Dwyer, and Brian Lee Hughes. The label was established in 2006 so that John could put out the Oh Sees record Sucks Blood himself.

Slang for being so messed up on drugs that your face becomes a wall.

Vinyl’s our bread and butter. Fancy vinyl most especially. My first idea when John and Brian asked me to be a part of the label officially was to make it so people had to come directly to us for the colored vinyl editions, and the stores would get the black vinyl. Also it’s tough to get excited about a limited edition CD, really the records hold the stoke-value. This was Ty’s first record playing solo, and this is back when he had a drum set he was playing with his feet while playing guitar and singing. Raw, fun, beautiful and more than a little blown out. He brought a creased photo, some fabric, and some cut out collage stuff to my work and we scanned it and did the layout together. A radical record by any measure and one very close to my heart. This one felt special from the beginning and it really exploded the label and where we were headed with it. It was the classic Oh Sees lineup, fresh off tour if I remember correctly, just nailing it to the floor… people really took to it, and it’s easy to see why. It’s probably my desert island Oh Sees record. The cover was shot with John’s cell phone camera and this crazy kaliedescope attachment – he tried taking the same photo with a proper camera but it just didn’t look as good. Tim Presley had just released Family Perfume 1 & 2 and had a ton of stuff left over, as well as some new songs, that he allowed us to dig through and sequence. The first but not the last time we were allowed access to dusty vaults, and it was a lot of fun putting it together, and it’s amazing how cohesive it feels now listening to it…a testament to Presley’s crackled paisley universe. We did the Pink Gorilla single at the same time, which, in a sublime reversal, had a cover that said “Cyclops Reap” on it, and the LP had a cover that said “Pink Gorilla” on it…Tim’s a subtle visual master as well. I come back to this record a lot, great great songs lovingly performed in a very sideways manner. We’ve been doing this series of live recordings for a sec now and this is a particularly special one. Destruction Unit is like getting punched in the face with a comet, they are really intense on record and in person it’s cathartic and a little scary. This recording travels way way way far out and it only comes back to earth to punch you in the gut and give you acid flashbacks. Jack is a pop chameleon, and this is the second of a series of concept records he’s doing – the concept is pretty insane and detailed but it revolves around werewolf-like “Shadows” that watch the moons of Jupiter revolve and transform their shapes based on which moon is closest, who are in turn watched by the mirror eyed “Watchers” – it’s a crazy concept but it’s not necessary to fully understand to fully enjoy the space-age tunes contained within – shades of glam, some seriously killer synth work, and a can’t-pin-my-finger-on-it weirdo brilliance catapulted this into my personal favorites.

There are 50 stories behind the artwork! Always a story, but typically we really push to make everything look rad, and not always in the same way if we can help it. We’ve worked with a bunch of visual artists from our friend groups, a few people the bands have brought in… whatever works.

Well, John Dwyer is our gatekeeper. If John likes it, we go from there.

Been a lot of talk about Superior Viaduct’s incredible reissues lately, they’re a favourite for sure.

We are incredibly lucky. All of my gripes are about trying to keep up! Bookkeeping is hard, taxes are hard… keeping up with John is hard.

Gallery: A visual history of Impulse! Records in 30 classic sleeves

"About 3,000 records were soaked": What happens when your record collection goes under in a flood 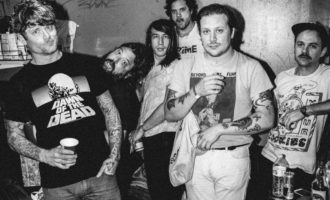 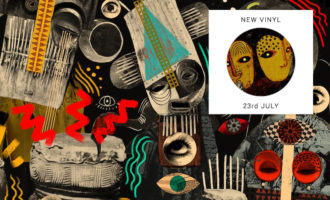 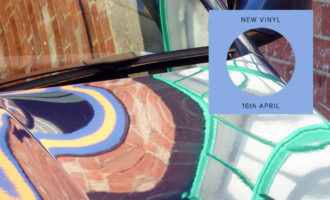 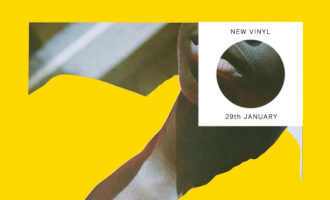