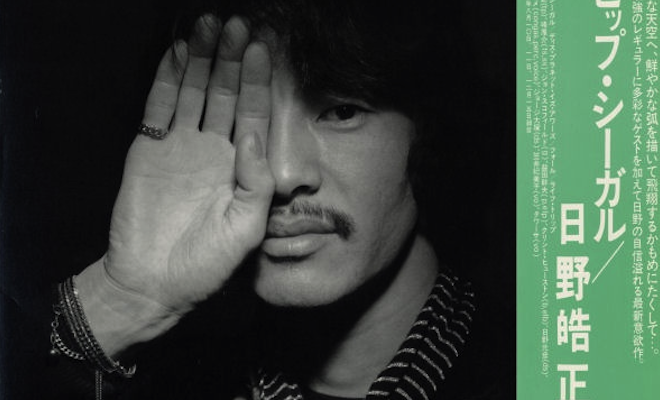 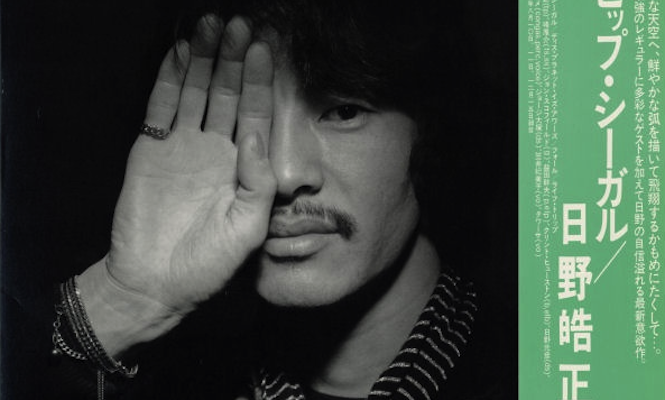 Teaming up with Phonica Records for a new label to release new and old music from across the dance music spectrum, Alexander Bradley introduces Utopia Records and marks its debut release of Manabu Nagayama & Soichi Terada’s Low Tension with a run down of 10 other essential Japanese records.

If you are anything like me then you are always searching for a better way. The never ending hunt for the perfect beat or experience, gaining understanding and clarity of the world through music, art and other cultures and philosophies as a way to find essence and meaning.   From a very early age I was drawn in by the Japanese sensibility of minimalism and refined beauty that threads through much of their architecture, design, food, gardens, photography and music.

As a young teen I was given a new-fangled Mini Disc player by an old family friend who moved to the mountains just outside Nagano in the early 1970s. Peter McCormick was a jazz and rock session drummer who played with many of the touring jazz greats from America throughout the ’80s and ’90s. His MD had a selection of Japanese jazz and funk, his own organic rhythms, through to Japanese pressings of Zappa, Steely Dan and Miles from his record collection which just blew me away. 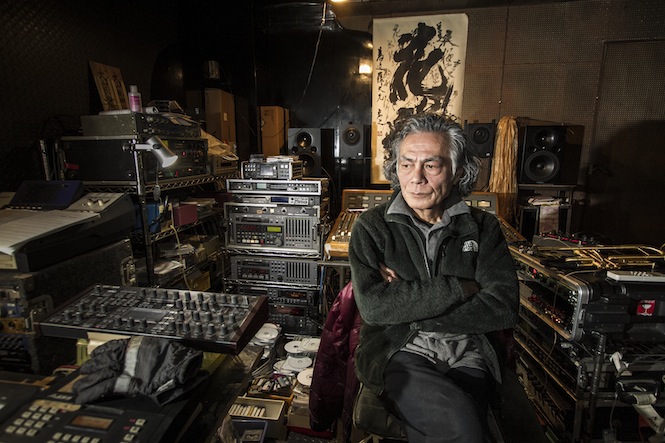 Growing up in a backward suburban cultural vacuum at the time, the idea that there was a place where the best of music and art was a more mainstream enterprise gave me a sense of hope and got me dreaming of a life in music avoiding the cultural and systematic constraints of the modern world.   A Japanese record pressing always has that little more care and quality, so when I was working out how to start Utopia it felt natural.

Soichi Terada and Manabu Nagayama’s take on the deep house sound is authentic yet original and instantly Japanese with its more metallic bell sounds that you don’t tend to hear producers use in Western music. Low Tension became a personal favourite of mine after digging it out on hearing Soichi’s ‘Sun Shower’ in the late ’90s. Hisa at King Street, Manabu and Soichi were very kind to send the parts in the back end of 2013 to remix and reissue. and I hope this release put together with the help of Phonica, along with Hunee’s compilation over on Rush Hour, shines some more light on Soichi, but also opens up a Japanese world to a whole new generation of young music fans who delve not just into the music but into an entire approach. 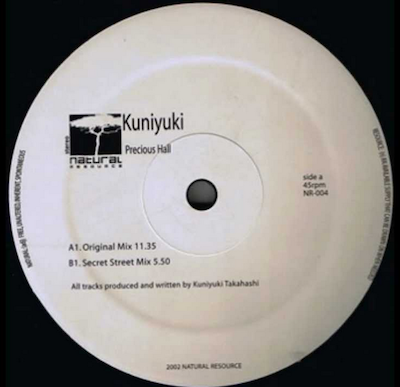 This particular record has become a recent favorite which I got my hands on recently in Berlin after it was name-checked to me by an old friend whom I met while working at Vinyl Junkies at the turn of the century. I have long been a fan of Kuniyuki, and it was great to see him touring in Europe of late. A producers producer, who melds musicality with organic rhythm and soul, rarely demonstrated in much of today’s house and techno dirge us DJ’s sieve through. This particular track released on Joe Claussels Spiritual Life offshoot Natural Resource has all the elements I speak of, with warmth and rhythm that even stands up against Claussels’ sound itself. On a great system this has serious depth and I love the sense of ecology and oneness that Kuniyuki attempts to get through in his music, something that is hard to do with dance music. Try this one out, if people on the floor have something upstairs and in their hearts they will go with you. 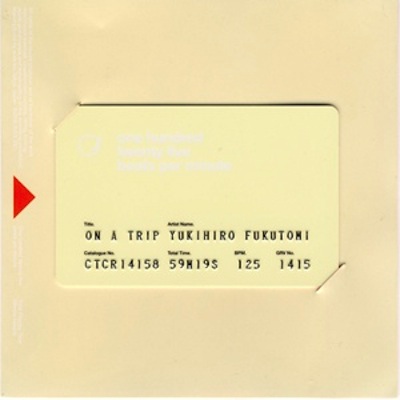 The same positivity is present in ‘A New Morning’ by Yukihiro Fukutomi, who I was lucky enough to have remix Low Tension along with myself for the new Utopia 12″ under his Foog guise. He produced some magic dance tracks around 2000, ranging from nu jazz to deep house. ‘Another Land’ on The Sounds Of The Far East EP was my entry into the Japanese house sound, a track I used to get the dance-floor bubbling in the glory years at my old Love Fever dance. His Third LP on Wildjumbo ‎ that was released in Japan in ’95 is essential. It has some great New York to Tokyo house tracks, from the Blaze-esque ‘4 Colored Girls’ to deeper states on ‘Come 2 Home’. Also worth checking is ‘Expressions’ off his LP entitled Timeless, which although I am not sure goes all the way for me, I sure love what it tries to do. A really underrated producer whose sound treads the line between lounge and dance-floor just right. 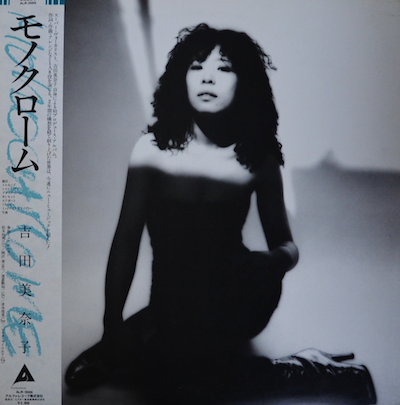 If you see anything by Minako Yoshida ever… buy it. ‘Tornado’ well, I love this track, a sultry little Japanese folk track I got a few years back. The kind of sleaze record to play at some of those early morning spaced out parties in red light bars in London and Berlin. Minako basically looked, dressed, made music and moved (I assume) like how you wish your girlfriend did. Her track ‘Town’ is goldust and an absolute stonker of a flop about with long hair “this sounds like Harvey” type disco track. The artwork on her long player entitled Twilight Zone says it all. Soft lit, black lace, big hair, a Japanese cigarette and a cat mask. The music itself is standout, especially the sing along end of night ‘Shooting Star Of Love’. 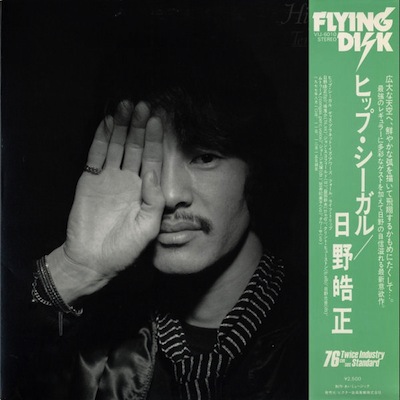 Terumasa Hino
This Planet Is Ours
(Flying Disk, 1978)

As mentioned earlier Japan is the one country that really embraced all forms of jazz and took it into their mainstream(ish). The jazz-funk, fusion and boogie sound of American artists like Ronnie Laws and Lonnie Liston Smith was mastered by the likes of Terumasa Hino, and this track off his Hip Seagul LP handed to me by Italian connesuier and Neroli records boss Enrico Crivelero has become a constant on my home hi-fi. A great trumpet player with a wonderful back catalogue worth digging into. Great feelings! 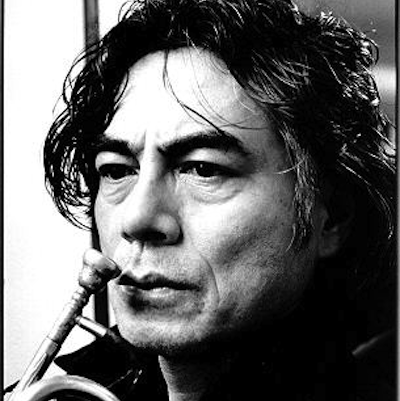 This leads me onto another Japanese trumpeter of the more Avant-Guarde persuasion, Toshinori Kondo. Perhaps best known for his joint project in the ’90s with DJ Krush entitled Ki-Oku, which remains a classic to this day that really pushed the boundaries in electronic trumpet soundscapes in contemporary music. This heady trip is one to go on for sure and I am very pleased to be talking to him about working on some new ambient tracks in 2015 for Utopia, hopefully that can come together as his music is timeless and has a common thread with many Japanese artists who connect the dots between nature, man and music something he delved deeply into in his recent ‘Blow The Earth in Japan’ experimental ‘trumpet in nature’ works worth checking.

This track from Susumu Yokoto’s album Sakura I played recently on my NTS show and it really caused a stir. It’s a wonderful album in its entirety that I picked up around 2000, the perfect fusion of old and new Japan, hard to come by now. 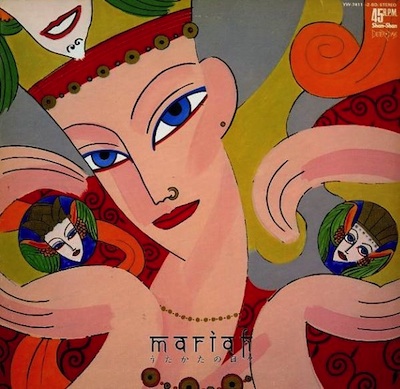 Way out record I was put in touch with by an old friend, Aaron Coultate who is a great music writer firstly in setting up Juno Plus which helped launch the careers of many of todays DJs and producers and now RA but has also been playing records in London for around the last 5 years and is finding a great sound. Cosmic Japanese electronic workout, Geisha Boogie? why not… 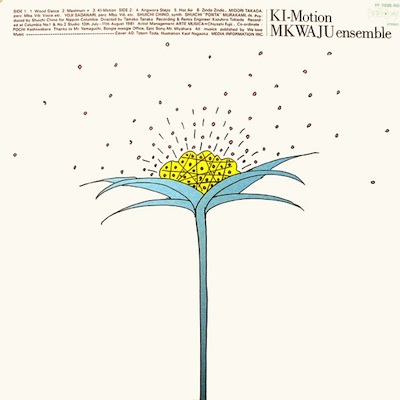 No words needed. The record I don’t have on this list so if anyone has a copy… 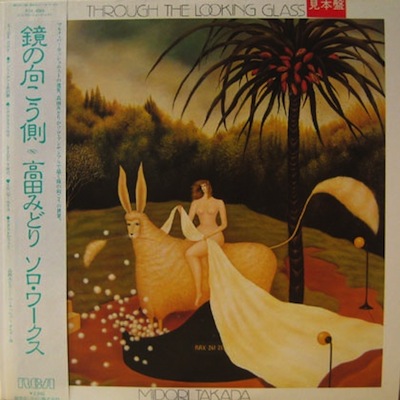 I don’t think I can sum this up better than the writer on its discogs page – “I’ve had the pleasure to take a good listen from a lossy source, this album is a wonderful arrange of nostalgia, space, and curiosity, I can’t help but to feel in trance at the thought of a childhood that I rarely remember, so warm and empty. A very interesting sonic and spiritual experience. If you find a source to have a listen, don’t hesitate. And if you are lucky to find a physical copy, don’t think twice.” (nephitos, June 24, 2014 ) I can see a movement over the next 5 years from producers in the West duplicating these moods as we all seek some up-liftment (is that a word?) Beautiful from the heart for the mind and soul percussive music that really takes you on a trip. The second track ‘Crossings’ is especially hypnotic and even good for late night in the clubs. Beautiful record and artwork worth the investment if you can get your hands on it. LNCC had it kicking about a while back. 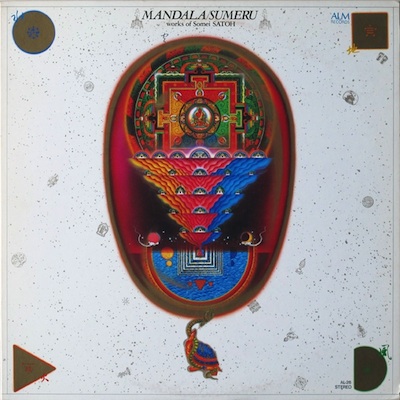 Comfortably the deepest record I own and one that I take much joy in partaking in after walking away this last from escapist practices and moving into immersive ones. Somei Satoh is a Japanese composer who blends contemporary and classical Japanese sensibilities. This particular piece was composed by Somei Satoh in 1986 as a response to an exhibition of Tibetan mandalas. It’s a great ride, he uses multiple layers of his own voice to create this meditative soundscape. 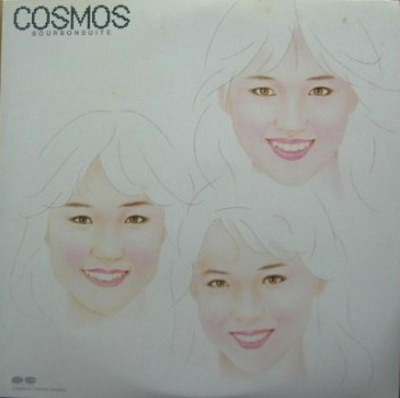 I couldn’t really do a list of my Japanese records without turning out some boogie. The Japanese jazz-funk and boogie sound of the ’80s rivals anything that came from the US or UK. This Cosmos record makes even the straightest cat get groovin’ and is the pride and joy in my boogie collection, tip top record and there is a world of it out there…if you are playing music like this and people are dancing, then life’s pretty good. 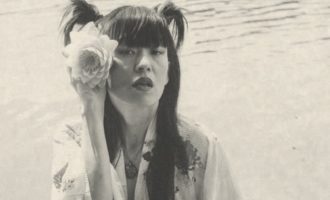