Having started out in music retail selling 78s at his father’s drug store in Sacramento, Russ Solomon has witnessed the dramatic evolution of physical music formats first hand. Based on this considerable experience, when Solomon told Billboard recently what he thought was behind resurgent vinyl sales, we knew it was worth listening up.

Following the premier of Tower Records documentary All Things Must Past at SXSW this week, Solomon said that while “the vinyl business was reduced to virtually nothing, [following the advent of CDs] it never went away.” Pressed on what’s pushed sales to break the million mark in the UK and exceed nine million in the US last year, Solomon points not to the growing interest among young buyers, or the healthy independent scene, but instead to quality pressings as the driving factor.

“It started out actually with those so-called high quality records pressed on 140 gram, 180 gram or 220-gram vinyl, but they were priced terribly high. And then that evolved into a few rock artists putting out their new albums on vinyl, and the collectors flocked in. The truth of it is it’s still a collector’s market.” 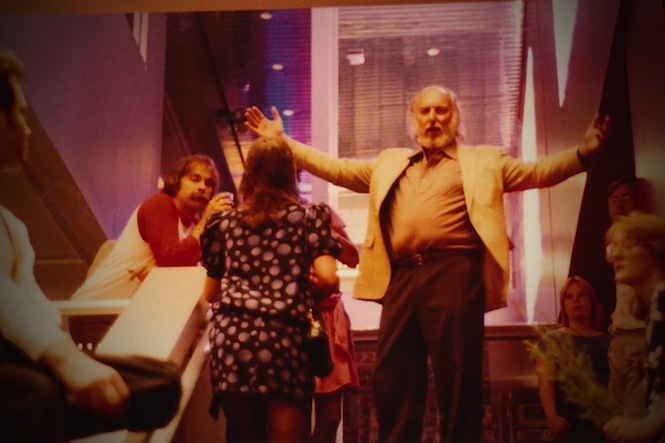 Still from All Things Must Pass

It’s certainly a view which tallies with Pink Floyd’s Endless River being the fastest selling UK release in almost twenty years. However, despite the increased quality of the pressings, those collectors are not, in Solomon’s eyes, buying vinyl because it sounds better:

“This may be heresy, but I think it’s more psychological than reality. Technically, you can’t get the amount of frequency range at all on an LP that you can get on a CD. It’s just impossible. But that doesn’t mean vinyl records don’t sound good and they don’t sound warm and that there’s something comforting about the clicks and pops. There’s sort of a nostalgic feeling to the whole thing, which is a good thing, not a bad thing.”

You can read more from Solomon’s interview on vinyl and the history of Tower Records over at Billboard.