Vibrating through the universe.

Take a walk at night. Walk so slowly that the bottoms of your feet become ears.

Can you listen so carefully as to embrace the sounds of your environment with focus and awareness? As a musician and producer, I am regularly generating and inventing sounds, but what about listening? Do I spend enough attention while listening, not only to the sounds I have made or chosen to listen to, but to the sounds all around me? Pauline Oliveros has been pivotal in that reflection, and the more I learn about her, the more I am aware of everything. Through her lessons, I become a meditative being. Here I share parts of her journey.

Composer and musician Pauline Oliveros was part of the SFTMC (San Francisco Tape Music Centre), a beacon for experimental creativity. In 1958, she set a microphone on her window sill to record San Francisco’s sounds. When listening to the recordings, she was amazed by the number of sounds she had missed. The microphone had captured nuances and details that her normal hearing did not perceive. As a result, she noticed how selectively she heard and, from there, committed to being more aware of the surroundings’ sounds. Oliveros became more interested in listening rather than in manipulating sounds.

These are the principles of ‘Deep Listening’: listening with focal attention and global awareness. In her words, “Meditating; in a secular sense meaning steady attention and steady awareness for continuous periods.”

Although Oliveros’ work can seem conceptual and complicated, niche and academic, it has the strength to reach many ears, minds, and hearts. It invites people to connect to sounds by hearing acutely, thus promoting personal healing and understanding of the world through waves, vibrations, and frequencies.

I treasure how Pauline Oliveros uses her work as a catalyst for social and political engagement. As a lesbian, she consciously sets the ground to acknowledge women’s role in western music.

In 1970, Pauline started “Sonic Meditations” with the ♀Ensemble, a women-only group of lesbians and non-lesbians that would meet weekly, constructing a safe space to express themselves because they “weren’t generally supported” by the culture to do this. The group had the chance to question dominant notions of music, talent, sound, ability and musical authority, reflecting upon women’s subordination to the western world structures of music-making. Pauline Oliveros would say, “It is needed to understand that women’s problems are connected to a larger sexist structure of domination and then forming analysis to dismantle such structures.”

Sonic Meditations with the ♀Ensemble would happen weekly at Pauline Olivero’s home. She would prepare a meditation for each session with a structure of four or five activities written down to encourage the idea of non-verbal communication. During the meetings, women would be so in tuned as to practice telepathic improvisations of sounds.

Oliveros wanted to give women who have been less visible a chance to be seen and heard. I feel grateful for her work. Today, I can listen to NYX, Nik Void, Marta Salogni, Shiva Feshareki, Susane Cianni, Felicia Atkinson, Fronte Violeta and more women experimenting with sounds in their ways.

Including Everyone and Deep Listening

There is an exciting evolution from working with women into including everyone. Her lesbian identity is timeless, and it resides in her work. But when proposing “Deep Listening”, she expands Sonic Meditations’ principals to a broader mixed audience.

Through Deep Listening, she frees the sonic experience, creating a safe space for whoever wants to participate, breaking the barriers between performer and audience as both play active roles.

She aims to create a vessel, a container, a fertile dome where the participants can express themselves. Instead of making the content, she proposes to create an inclusive structure where everyone is welcome to tune in.

In the world we live in where everyone is screaming, who is truly listening? Pauline Oliveros invites us to listen as a tool to connect, understand, and make meaningful changes.

Her teachings, intentions of accessibility, and engaging with the community, of not creating music but creating the vessel for participants to dive deep to experience and experiment with sounds, inspires me to share music differently. I invite you to put on your headphones, and immerse yourself in this mix I have prepared as an homage to her.

Home nourished Pauline Olivero’s creativity as a composer. Feeling like an outsider in San Francisco’s lesbian bars, it was at home with her partner that she felt most comfortable and productive. In Time Perspectives, she collects sounds from home and processes them through her tape recorder. For the first time, she collected sounds to be played back in two tapes simultaneously on two stereo tape machines with the outputs distributed to four speakers in the performance space. 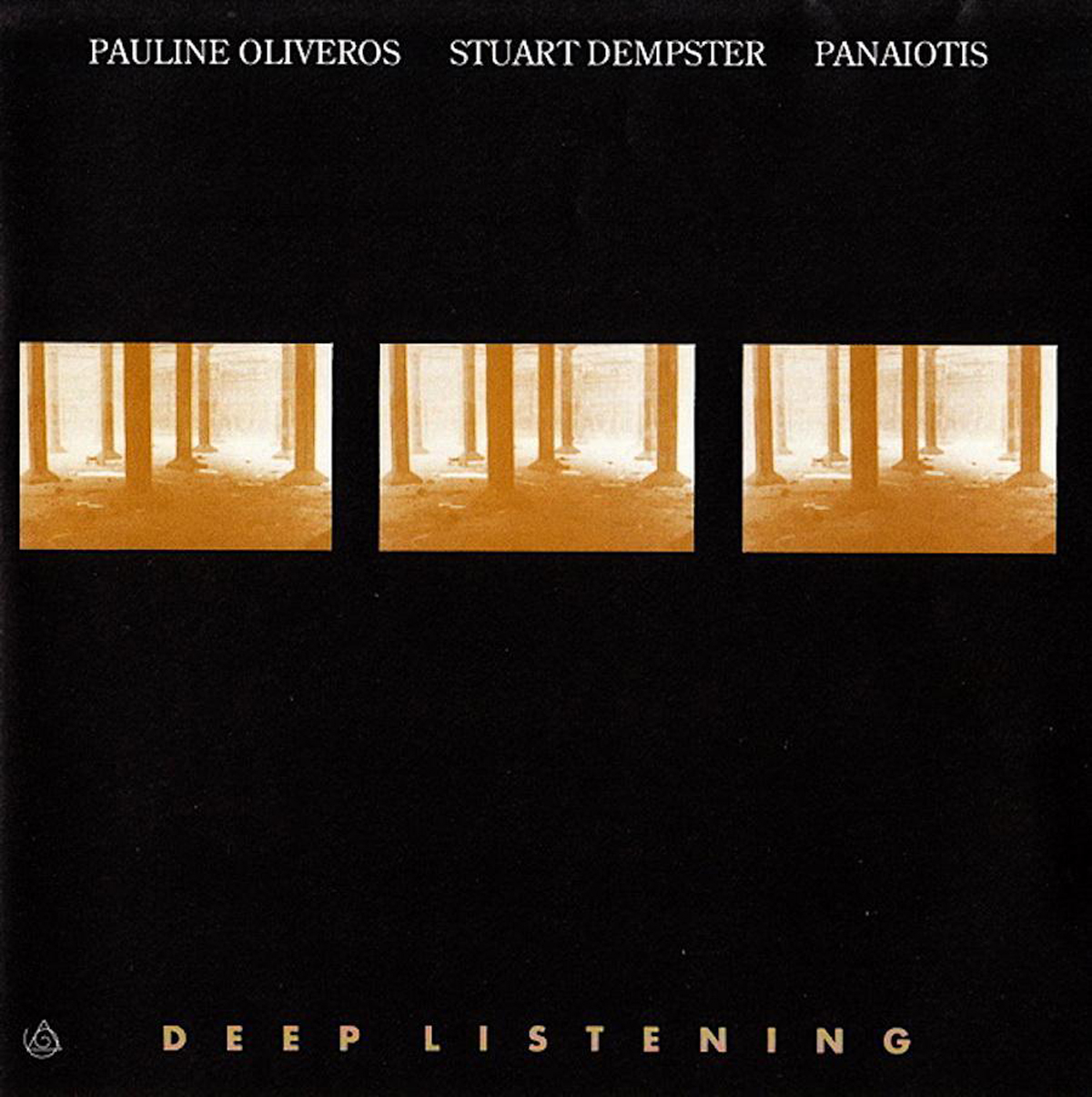 Pauline Oliveros coined the term “Deep Listening” for this record. It described her improvisations with musicians Stuart Dempster and Panoiotis, where they included the instruments and space as active participants in the performance. It was recorded in a cistern where each musician listened acutely to the other, reacting carefully to the instruments’ sounds and space. They can respond to caves, cisterns, and walls’ sounds because they are fully aware and focused. Oliveros’ understanding of sound didn’t solely encompass the audible vibrations of the air around us, but rather the totality of many vibrational energies throughout the universe. 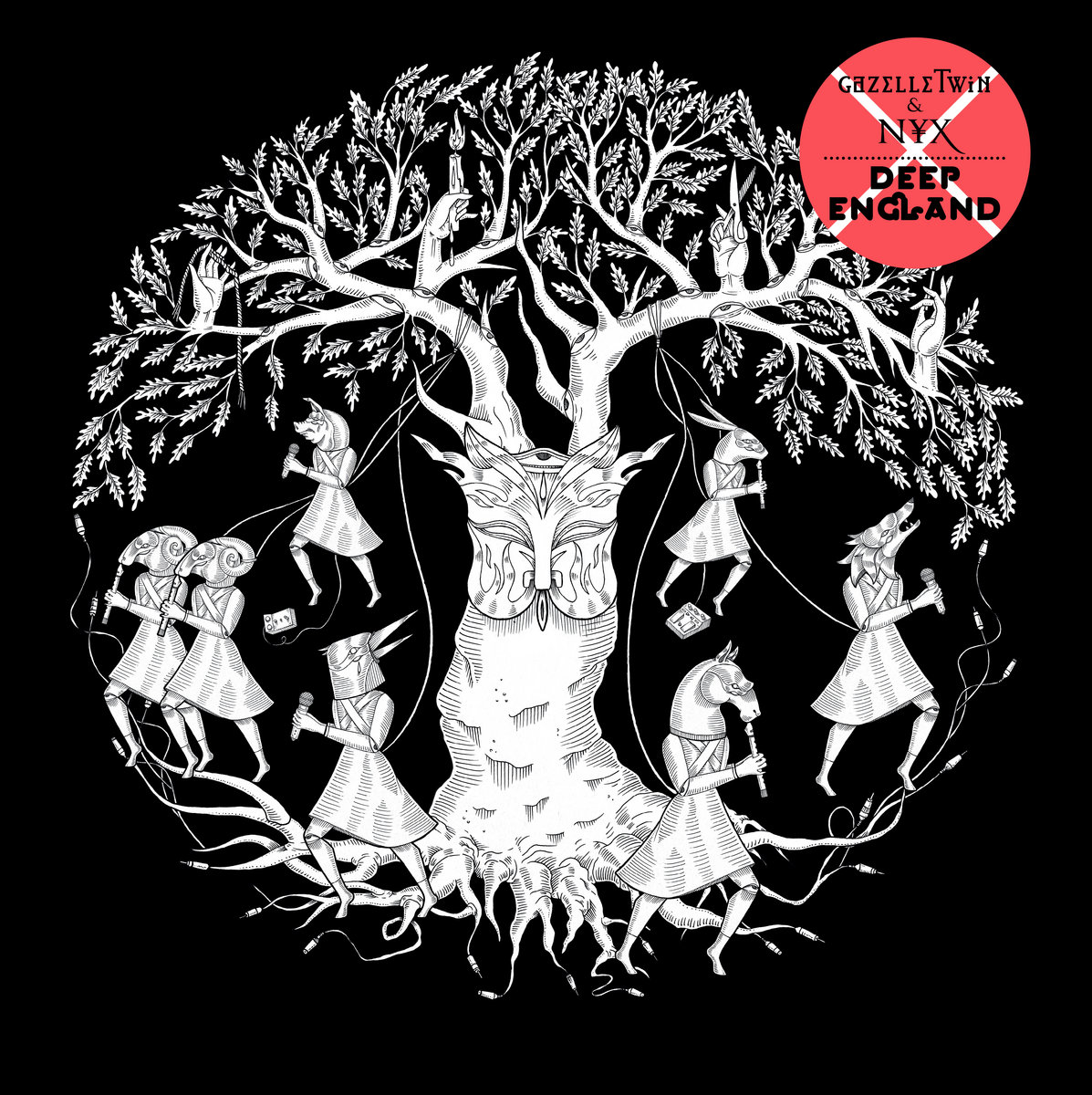 NYX is a powerful female drone choir. Using their voices as their instruments, they tell stories about their lands and traditions. They are contemporary devotees of Pauline Oliveros, who use the learnings of Deep Listening in their work. Deep England collaborates with Gazelle Twin; it was performed at Southbank Centre and is now released on vinyl. 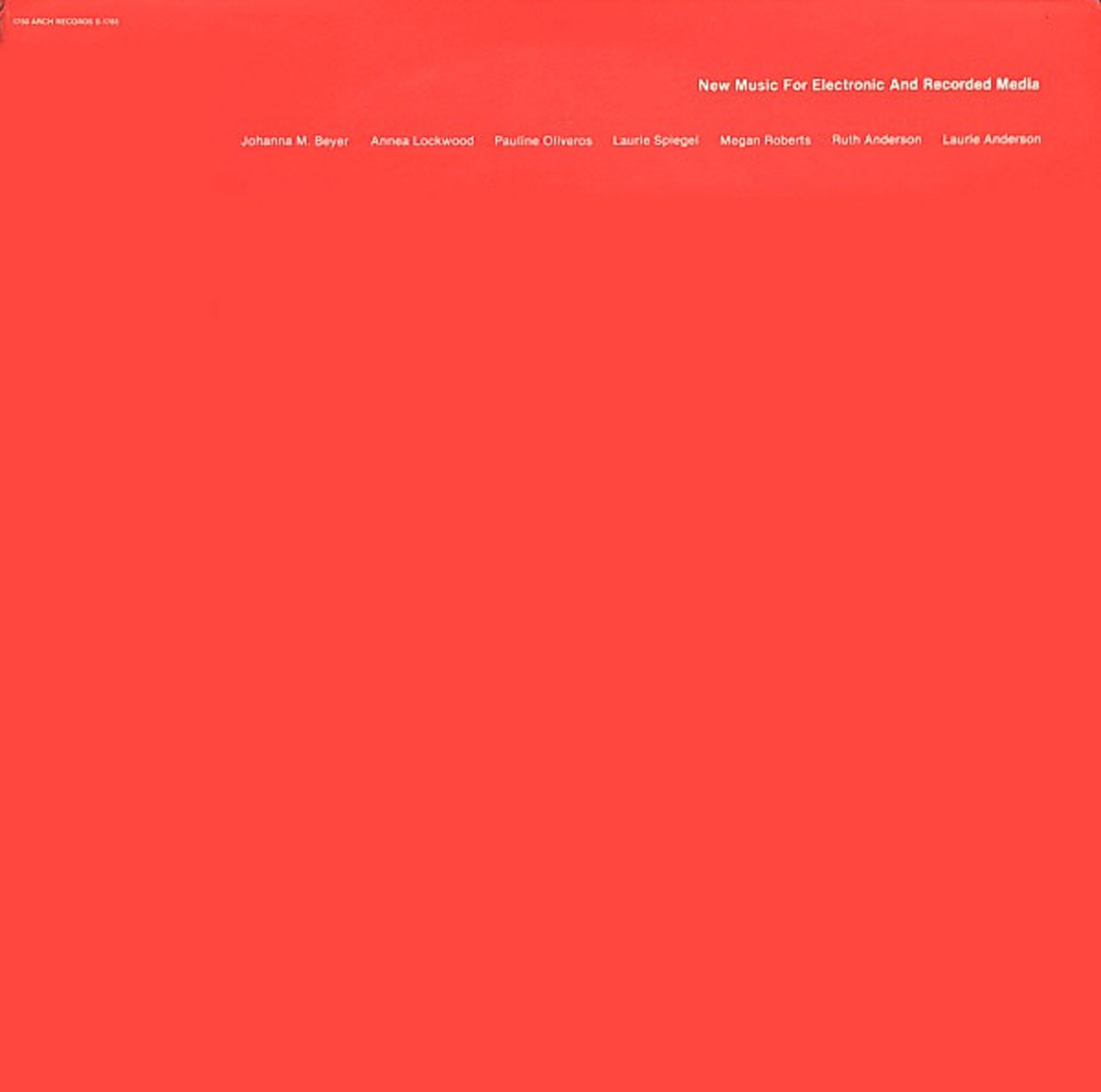 Annae Lockwood is a contemporary of Pauline Oliveros; through letters, they reflected upon their experimentations with sounds. Lockwood from the UK and Oliveros in the US.

‘World Rhythms’ is a live recording from the improvisation of sounds from volcanic eruptions, earthquakes, radio waves and animals. For Lockwood, sounds are a physical manifestation of energies that surround us and influence our bodies rhythms. 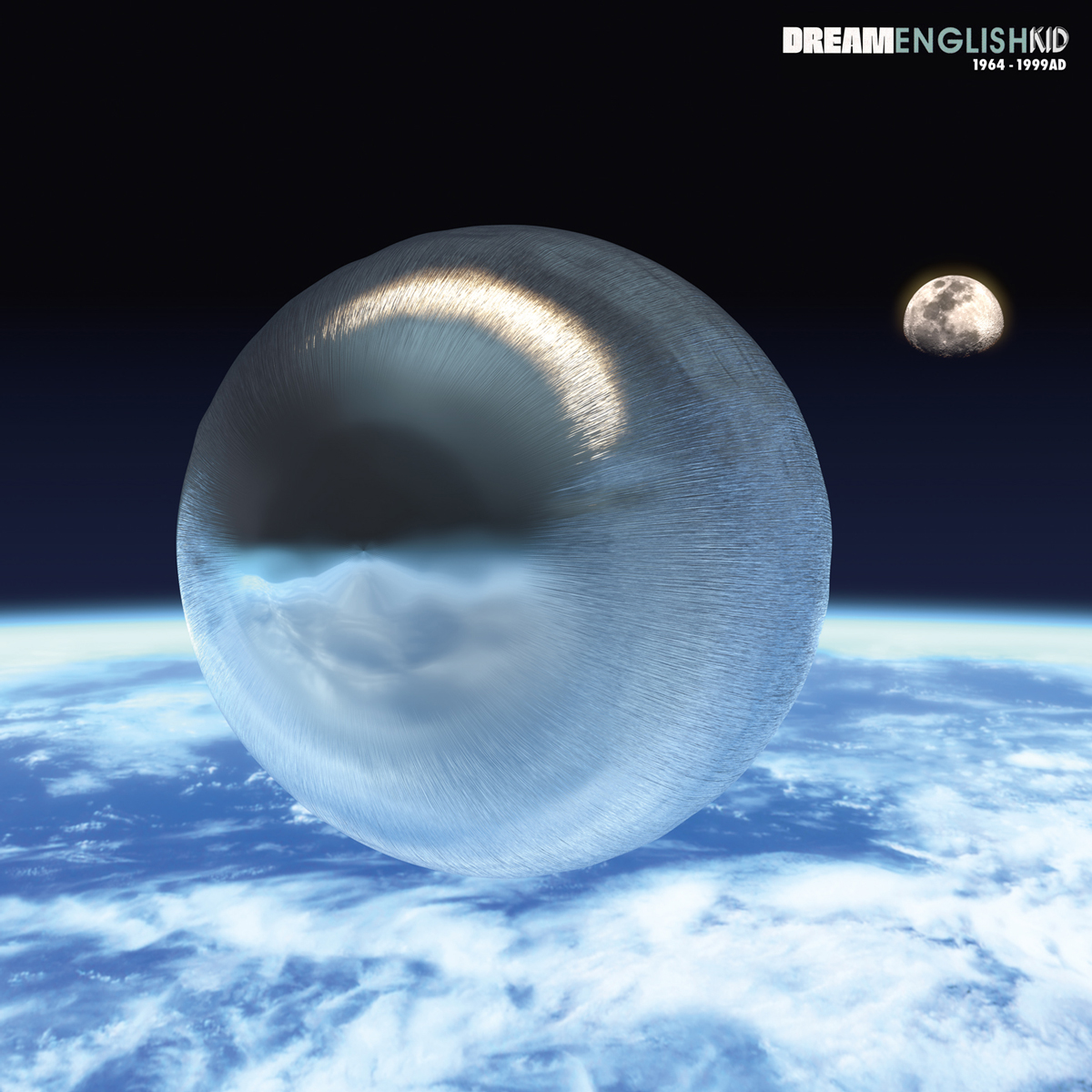 Dream English Kid is an album that refers to a video installation art piece. In the video collage of found images, Mark Leckey tells his story. Through his personal choices of sounds and images, the film seeks to connect us with collective memories and shared experiences. The sounds collected by Leckey have an exciting affinity with sounds recorded by Pauline Oliveros, invoking home, surroundings and memories of sounds. 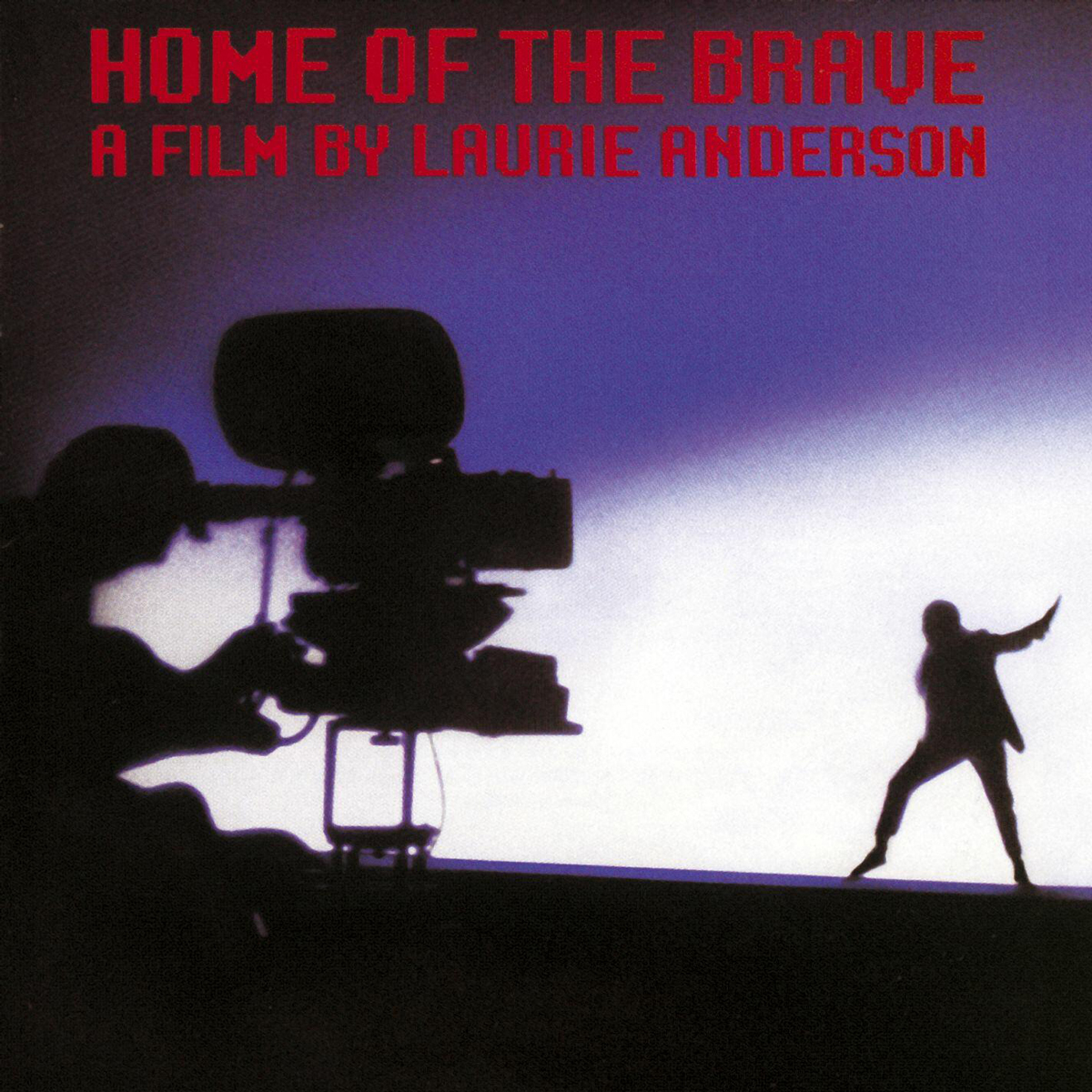 Home of The Brave is the soundtrack of her live performance’s homonym documentary film. In Home of The Brave, Laurie Anderson is engulfed by metaphysic questions of existence and the sayings of mundane life.

‘Radar’ is a track that includes the sound of the “shutting down” computer in the studio. It’s only due to her acute listening to the sounds around her that she acknowledges the exciting sound of a “tired machine”. 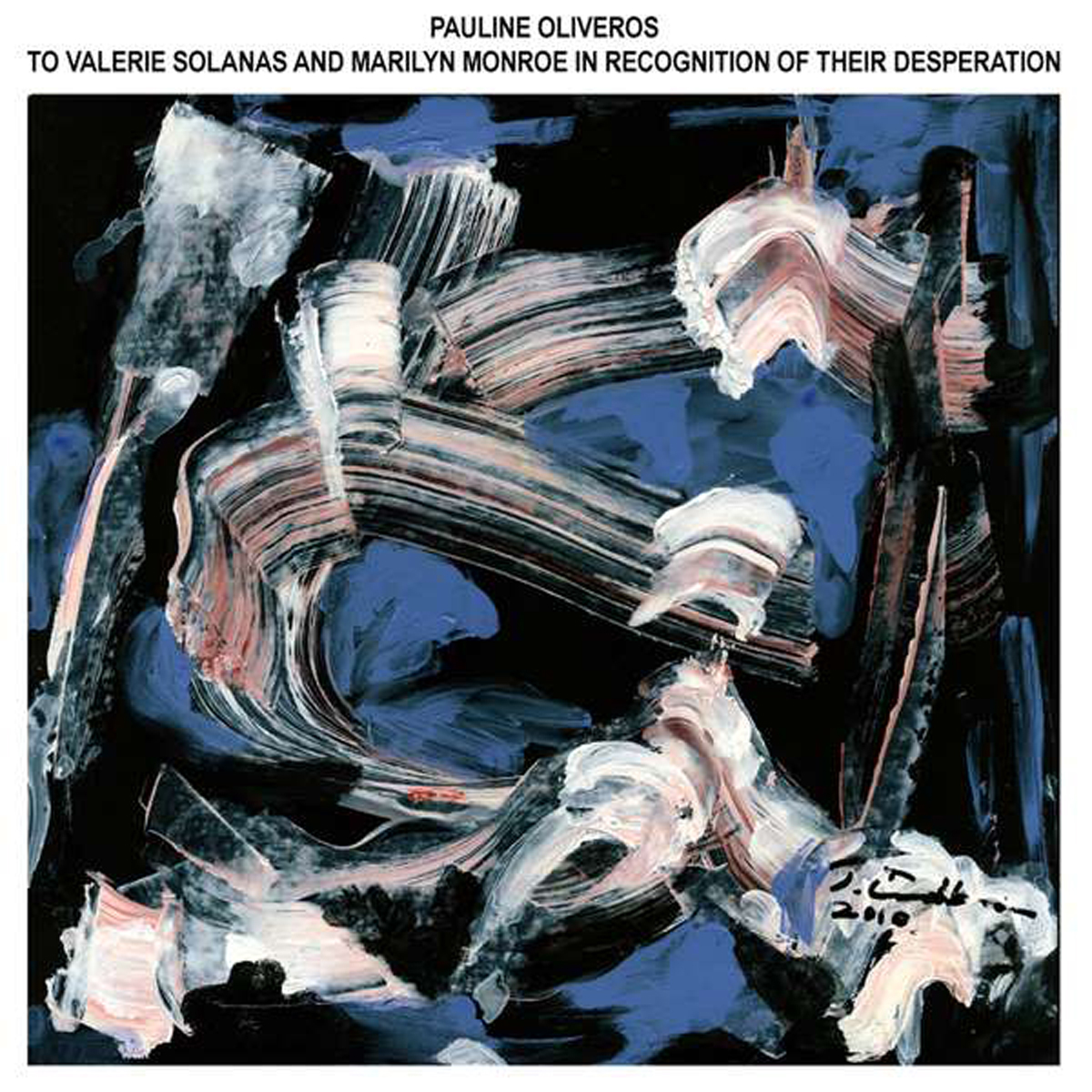 1970 Performance is part of “To Valerie Solanas And Marilyn Monroe In Recognition Of Their Desperation”. Valerie Solanas was an American radical feminist who wrote and published “SCUM Manifesto”. In her manifesto, she urged women to “overthrow the government, eliminate the money system and eliminate the male sex.”

Solanas’ manifesto inspires the record by providing Pauline with an understanding of both community and the individual’s importance. In this performance, the musicians respond to each other; if any musician becomes dominant, all others follow, creating a tense sound dispute between the individual and the collective.

Laima and fellow musician Lexy Moravidi have been granted the Participatory Artist Residency at Gasworks Gallery for 2021. They will run Active Listening workshops inspired by Pauline Olivero’s protocols in migrant communities.