What Brexit would mean for the UK record industry 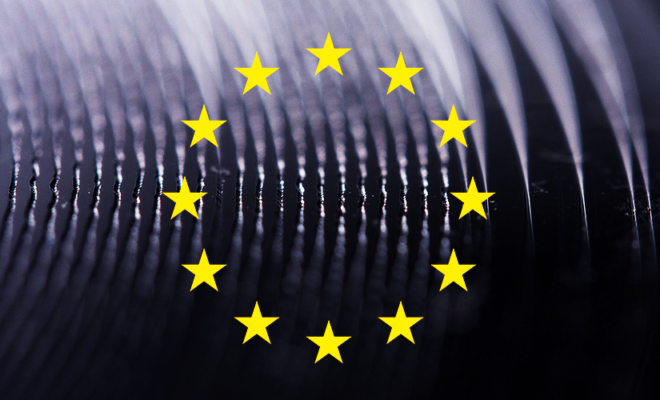 Should we stay or should we go?

The question is becoming increasingly desperate as the historic referendum on British EU membership looms.

With just a few days to go, opinion polls still suggest a lead for the leave campaign, making an exit a more serious possibility than ever before. Whilst the debate has been unhealthily skewed towards immigration, the reality of a Brexit involves big changes to market structures for every industry and an awful lot of uncertainty,

Last week Pitchfork assessed the impact of a vote to leave for the European music scene. Following on from this, we’re spotlighting the potential effect on the trade and production of vinyl records, particularly given the number of UK labels that have their records manufactured at Europe’s major pressing plants in Holland, Germany and Czech Republic.

Below, a range of record industry experts – watchdogs, vendors, pressing plants, labels, DJs – offer their take on the Brexit battle. 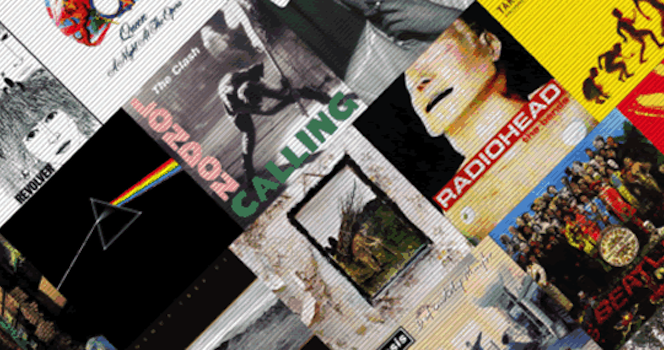 When the BPI consulted its UK record label members on the subject of the EU referendum, they expressed a real concern that withdrawal of the UK’s membership of the European Union will result in economic uncertainty that could damage business prospects and, in turn, undermine the current success of British music – not just in Europe, but potentially across the rest of the world also. Another important issue for labels is to continue to enjoy unrestricted access to European music markets, including for UK artists, their support teams and equipment, as they tour across the continent or when they engage in promotional activity, while working with European partners through the EU legislative process to protect and promote copyright is also considered essential.

These may be considered the ‘big’ strategic issues of greatest importance, but, of course, there are other factors that need to be taken into account and which possibly haven’t been fully considered yet. Increasingly important among these given the surge in demand we have witnessed in recent years is how we can ensure the continuing access to vinyl pressing plants, quite a number of which are located in central and Eastern Europe, as well as the materials that are essential for LP production, including lacquer. Given that there is already a near bottleneck in the supply chain as demand continues to grow – the BPI estimates a further rise to more than 3m LPs purchased in the UK in 2016 – anything that limits the ability to order and press up more vinyl to keep up with demand, such as increased costs or bureaucracy, for example, is bound to give rise to some concerns that vinyl growth and events such as Record Store Day could be impacted. 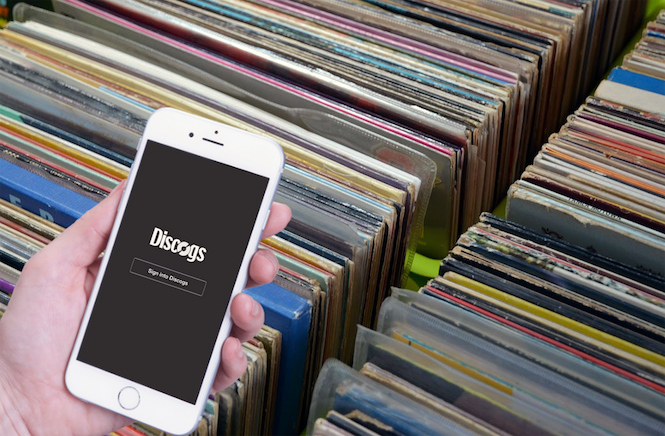 Other areas of the music industry will feel the impact more than Discogs and the second hand vinyl market. British bands trying to promote and tour throughout the EU, for example, will struggle with the changing copyright and travel laws which will make it harder and more expensive to reach the EU market. The most obvious change will be in the British Pound, which may or may not result in an increase in cost for buying and item from the UK. VAT or Customs Duty costs could also change, but they will not differ that drastically from what is in place currently.

There has already been a lot effort and money spent and more to come with a Brexit… But what do they have to gain? Breaking free from the EU red tape that is apparently suffocating the British economy? It’s more of the trend at the moment to offer a referendum to the general public. That is, give people the ability to make a decision on an issue they don’t necessarily have the required knowledge on and shouldn’t be making.

There would not be much trade impact per se. In the case of a Brexit, they would likely engage in a foreign trade policy like Norway has, which uses EEA ruling concepts. Also, leaving the EU would take several years to affect any foreign trade per the EU policy agreement, which requires a two year plan to exit the EU. The key thing to lookout for here is what will happen to the UK Pound vs Euro vs USD. The same goes for privacy issues; in leaving the EU they will likely stay within the same bounds.

All in all, in the unlikely case of a Brexit, the economic impact on the second hand record industry will go largely unnoticed aside from the pound being a little more disconnected from the Euro. Clearly, the UK will want to maintain its central trading agreements. Regardless, it is in their best interest to play nice. The biggest risk they face is possibly losing stability as Europe’s central banking location. If they split, that gives the other EU countries a huge opportunity to infringe on that space, with banking regulations taking the biggest hit. Imagine if, all of the sudden, UK banks were considered foreign banks to most of the rest of Europe… yikes.

I grew up in Brussels in the 1980s where my parents were posted as journalists, working as political commentators on European issues. Far from being an expert I do have a fairly balanced impression of both the problems we face in staying in Europe and the dangers we face leaving. Clearly, neither is ideal.

One thing that we can be sure of however, is that a Brexit would have both in the short and long term severe affects on the financial relationships between European pressing plants, UK mastering houses and vinyl brokers, in turn, seriously affecting record labels both large and small. In the short term, the Pound is expected to crash but is expected to recover relatively quickly as city investors buy short to sell long. In the long term, things will change on a seismic level. Currently we pay no VAT or import taxes when trading with other EU businesses, this is set to change. A weak Pound and increased unit costs through taxation are sure to hit hard on all sections of the industry, in many cases irrecoverably. How exactly these changes will manifest themselves, no-one either in Brussels or in UK government truly knows. It simply has never been done before. This for many sitting on the European fence has been one of the most frustrating things as we search for concrete information to help make a balanced decision.

We know that as a result of a Brexit, Britain will have to renegotiate trade agreements with each of the 28 member states who will have the upper hand as Britain needs them far more than they need us. Certainly, our margins will be affected and our currency even more vulnerable leaving us open to losses when giving credit to clients.

Brussels estimates that the change-over will take the best part of a decade, not the proposed two years suggested by the Brexit camp. Untangling forty odd years of European bureaucracy will take a long time. Needless to say I will be voting ‘IN’! 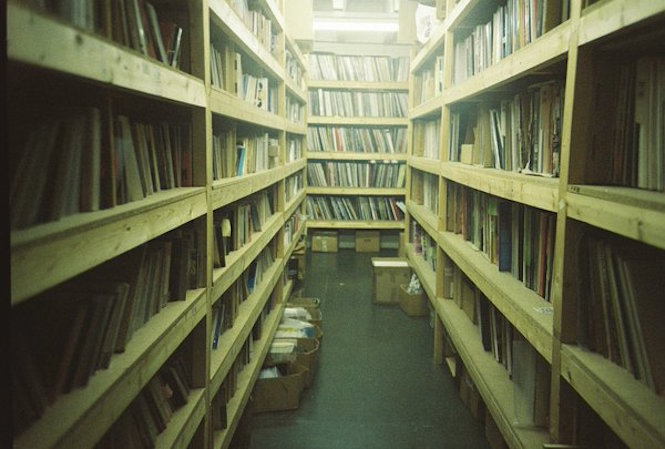 Given that the referendum debate has been heavy on conjecture but light on actual information, it’s impossible to say for sure what impact Brexit might have on Norman Records.

But it is a huge worry for us. Nearly a quarter of our trade comes from the EU, including some of our most loyal customers. What might Brexit do to this market? Some of the busiest pressing plants are in Europe: if it becomes more difficult for labels and artists to get vinyl pressed up then will vinyl prices increase? If it becomes more difficult simply to ship parcels out of the UK to European destinations, will our shipping prices increase? If Brexit does end up harming the British economy then will our domestic customers tighten their belts?

And that’s just some of the business worries. Even more concerning, longer term, is the potential impact on independent bands and labels. If touring becomes more difficult, for example, then it will become even harder for emerging or niche artists to survive. Will this choke musical innovation? Will smaller bands and labels begin to disappear, handing yet more power and control to established acts and major labels? 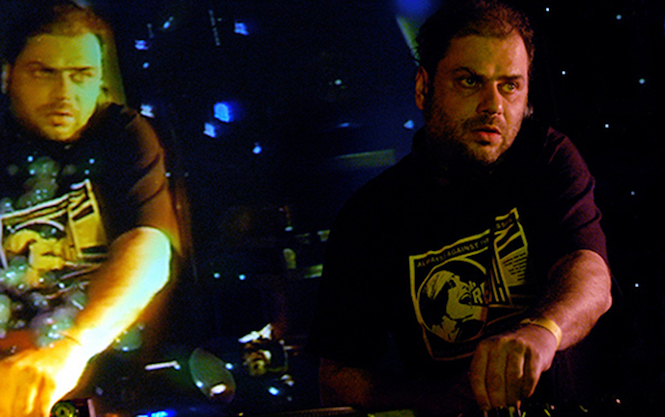 Nobody seems to know or be able to say with any sort of authority what the situation will be if we leave the EU but it almost certainly won’t be good for me or my labels. I have my records manufactured in France and my distributor is German. There will inevitably at some point be an enormous amount of red tape that doesn’t currently exist for me to have my records move around Europe as a non EU company.

Beyond that, my records will ultimately become German imports when on sale in the UK and be subject to duty and tax that I don’t currently have to pay. While the price of my releases is more or less the same across Europe at present they are likely to be substantially more expensive and less competitive in the UK.

It is hard enough trying to break even running a label as it is but I am fortunate that I can subsidise it from my DJ gigs. This leads to another potential problem; most of my DJ gigs are in mainland Europe and I may have to have work visas for every European country I play in. Last year I played in 17 European countries so the potential cost and time of getting all those visas will be a major headache and perhaps discourage European promoters from booking me and likewise preclude me bringing European artists here to play.

I appreciate that there are far bigger issues at stake than DJs livelihoods and their ability to put out records, but on almost every level Brexit seems like madness to me and I am dreading what will happen if we leave.

It’s not clear how this will effect us. It will certainly make the pounds weaker in the short term which will make sales easier but buying pressings abroad harder, but its not clear how long that effect will be for.

It is possible that it will become harder to import and export to Europe which would be a significant problem but that’s only a possible not a definite result of Brexit. 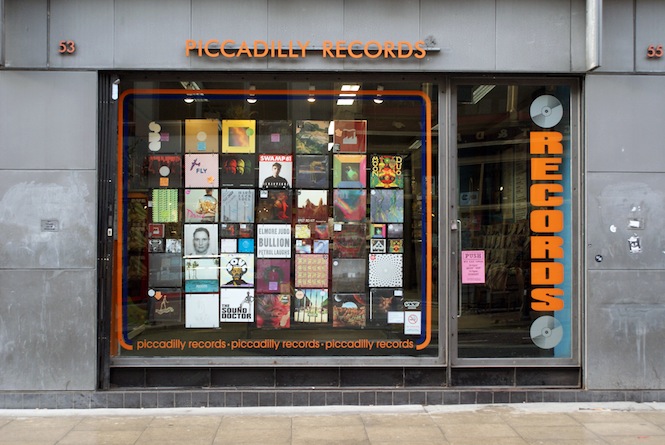 If Britain leaves the EU, the immediate consequence for us would be an almost instant rise in prices. Records from European distributors would be subject to export tariffs, pushing wholesale prices up at a time when the pound will probably plummet. When you consider that most of the records distributed by UK companies are manufactured in France or the Czech Republic, then it quickly becomes clear that this will affect almost everything on the shelves. It could also have a negative effect on mail order sales to European customers, subjecting their packages to import tax and making the service cost prohibitive, as is the case for Norwegian customers under the current system.

Kurt Cobain's unseen art to be showcased in touring exhibition 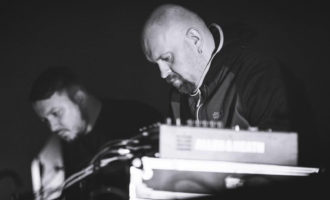