Steinwiess was born in 1917 in New York. His immigrant Polish father loved music and instilled the same passion in his son. From 1930 to 1934 Steinweiss attended Abraham Lincoln High School where in the second term he entered a special graphic design program taught by Leon Friend and became a fervent member of the school’s “art squad,” responsible for posters and flyers. 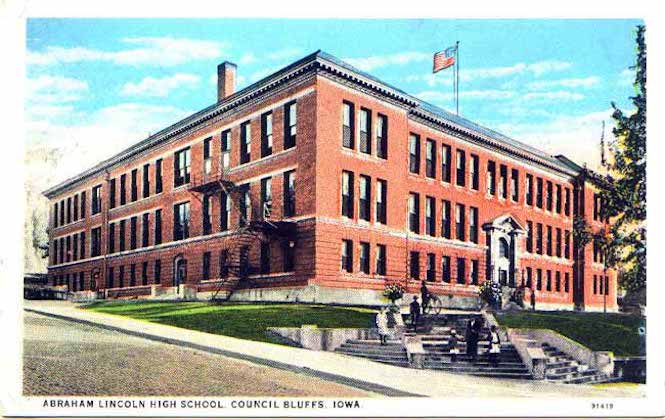 On the strength of his high school portfolio he earned a scholarship to Parsons School of Design in New York and graduated in 1937, after which he worked as an assistant to Joseph Binder, the Viennese poster artist. In 1939 he left to open a small studio of his own. After six months doing menial jobs he was called by Dr. Robert Leslie, co-founder of New York’s prestigeous Composing Room and editor of PM magazine, and asked if he was interested in the CBS records job.

CBS records was headquartered in the gloomy industrial city of Bridgeport, Connecticut. There were no graphic arts suppliers, typographers, or designers anywhere within range. But Steinweiss didn’t mind. He was given space in the corner of a huge barn-like room that he called “the ballroom.” He was given a drawing table, tank of air, and an airbrush and told to design promotions, posters, booklets, and catalogs. He said he “put some style into it,” eluding to the difference between his European Modern-influences and the turgid approaches of the other record companies. His work had flair and seemed to attract attention. For the first six months he worked endless days – sometimes designing fifty pieces a week.

Then he had an epiphany: CBS was selling their records in unattractive paper wrappers, so he told his superior that he wanted to design art covers for the albums. To his surprise he was allowed to do a few despite the fact that manufacturing costs were bound to increase. The very first illustrated album was a Rogers & Hart collection, released in 1940. He created a theater marquee with the album title spelled out in lights. It was simple but direct. 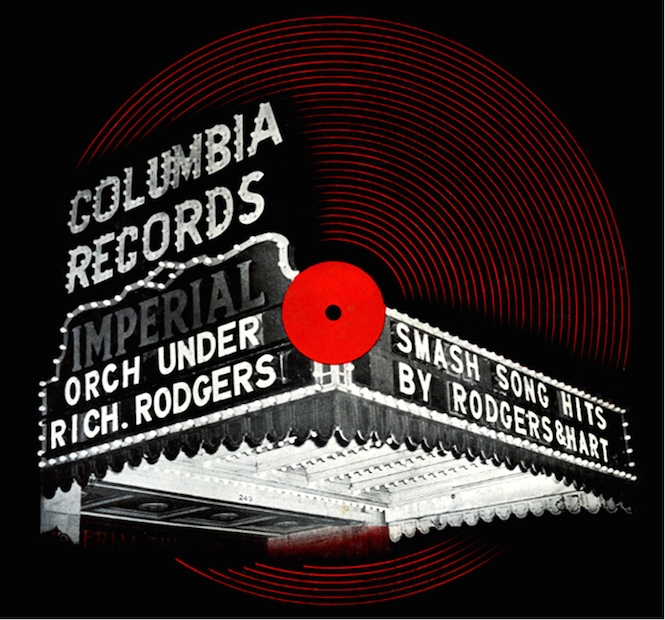 He did a few more and sales dramatically rose. Shortly after the first covers were issued, Newsweek reported that sales of Bruno Walter’s Beethoven Eroica symphony surged to a 895% increase over the same release in a unillustrated package. 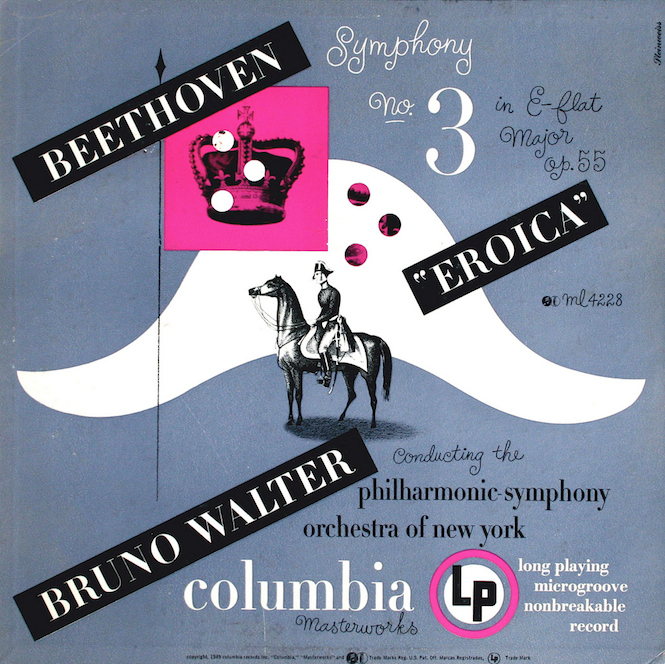 Steinweiss’ covers were designed as mini-posters following in the 1930s French and German graphic tradition – flat colors and isolated surreal and symbolic forms used for metaphoric effect. Steinweiss believed that rather than a staid portrait of the recording artist, musical and cultural iconography (sometimes witty and cartoon-like) would attract the audience’s eye. Moreover, since he loved music with such passion, he presumed that his interpretations would likewise have universal appeal.

The best of his images were not decorative but rather commented on the music. For Songs of Free Men by Paul Robeson, he composed a graphic monument to the horrors of slavery – a chained hand holding a knife that resonated as a symbol of heroism. 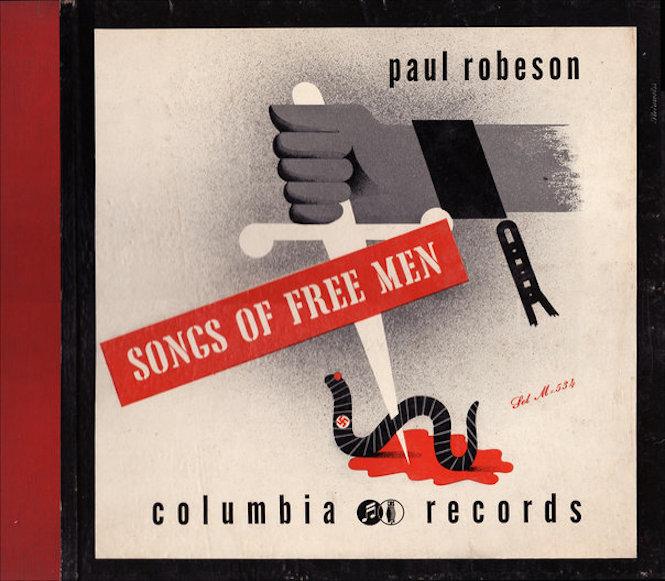 Similarly, the mamoth black and white hands hitting piano keys on Boogie Woogie was a statement of protest in an era when racial segregation (even in the music industry) was tolerated. 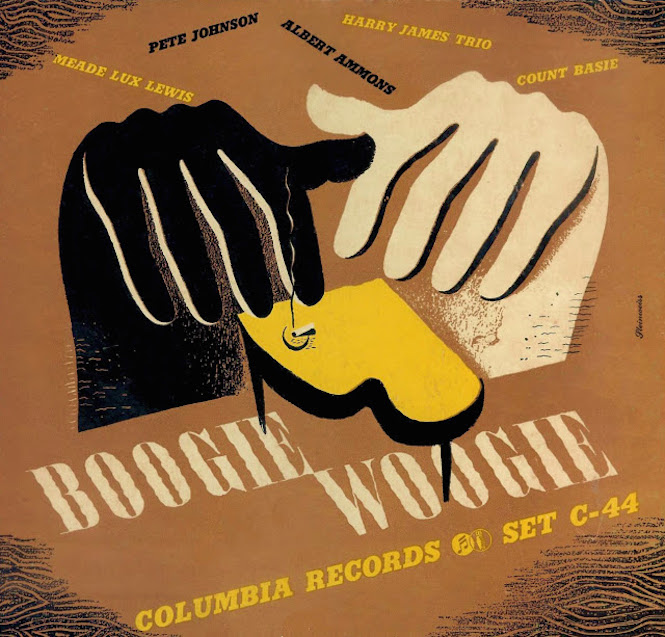 Working in Bridgeport significantly influenced Steinwiess’ design as much as any formal or stylistic considerations. Without type suppliers nearby he hand lettered all the titles himself and developed his own trademark script, Steinweiss Scrawl, which was licensed by Photolettering Inc. in the early 1950s. And since the local photoengravers worked only in black and white, process color was not a viable option. This meant he had to do all his work as hand color separations. 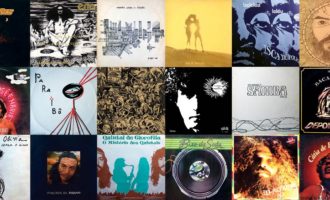 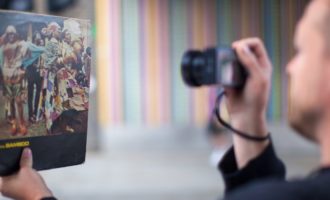