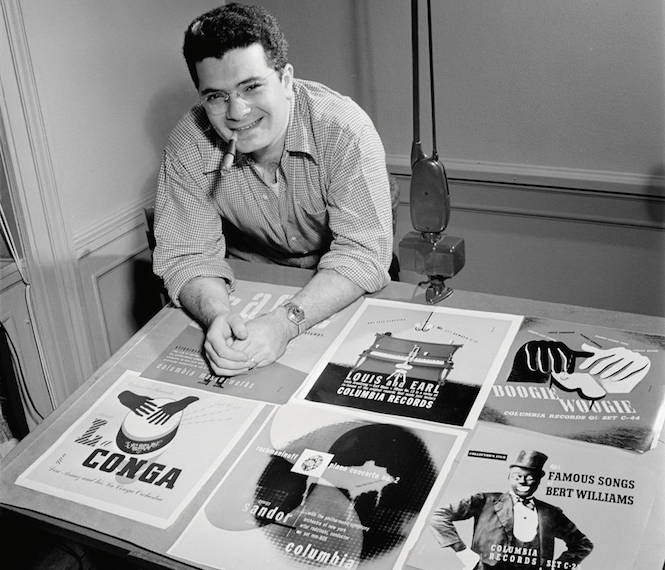 From refracting prisms and interactive fruit to facial acupuncture and bitches brew, artwork is as much a part of the identity of a record as the spiralling grooves that make a vinyl sing. So it’s hard to believe that once upon a time the world was filled with grey record sleeves.

In the late ’30s Alex Steinweiss challenged the status quo with the then gutsy move of designing art covers instead of cheap generic paper sleeves. Over three decades Steinweiss created thousands of record sleeves, prototyping the modern album cover as we know it. Without his pioneering work the music industry may never have evolved in the same way.

To get a sense of his cultural legacy, we invited Steve Heller, possibly the most qualified man for the job, to share the Steinweiss story (pages 1 – 3) and his top 10 Steinweiss record sleeves (page 4). As well as writing the essay for Taschen’s beautiful retrospective of Stenweiss’ ouvre, Steve Heller has authored and edited 170 books on graphic design, illustration, and satiric art.

In 1938, Alex Steinweiss designed the first illustrated 78 rpm record album cover and in 1953 he invented the first paperboard 33 1/3 LP container, the standard for music packaging for over thirty years. 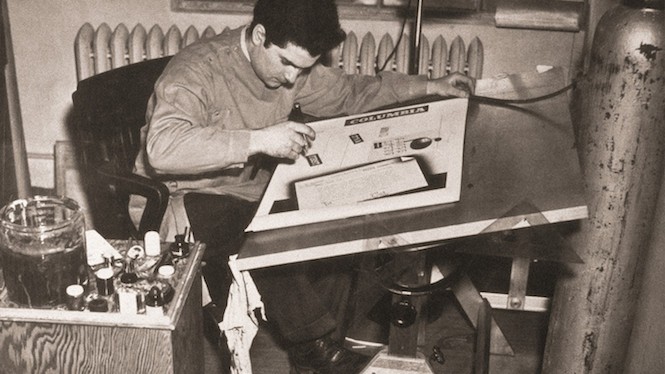 Original record album art did not exist before Steinweiss stumbled into the field. Art for sheet music was common but the recording industry barely had a graphics tradition at the time that the twenty-two year old commercial artist was hired to design promotional pieces for a small recording firm, The American Gramaphone Company, later renamed Columbia Records.

Back then, shellac 78 rpm records were packaged in albums of three or four disks sheathed in separate, kraft paper sleeves that were bound between pasteboard covers. These drab albums were referred to as tombstones because they sat spine out in rows on display shelves and were differentiated by various color bindings with gold or silverleaf embossed titles.

Dedicated record shops were also rare and albums were often relegated to nooks in appliance stores, usually adjacent to the record players. Point-of-purchase displays were often the only sales inducement.

Prior to Columbia, RCA Victor, then the largest American record company, had made a half-hearted attempt to tip-on master paintings on its covers, but on albums they lacked verve and spontaneity. Otherwise the record album was a tabula rasa just waiting for some intrepid pioneer, like Steinweiss, to make commercial art history.