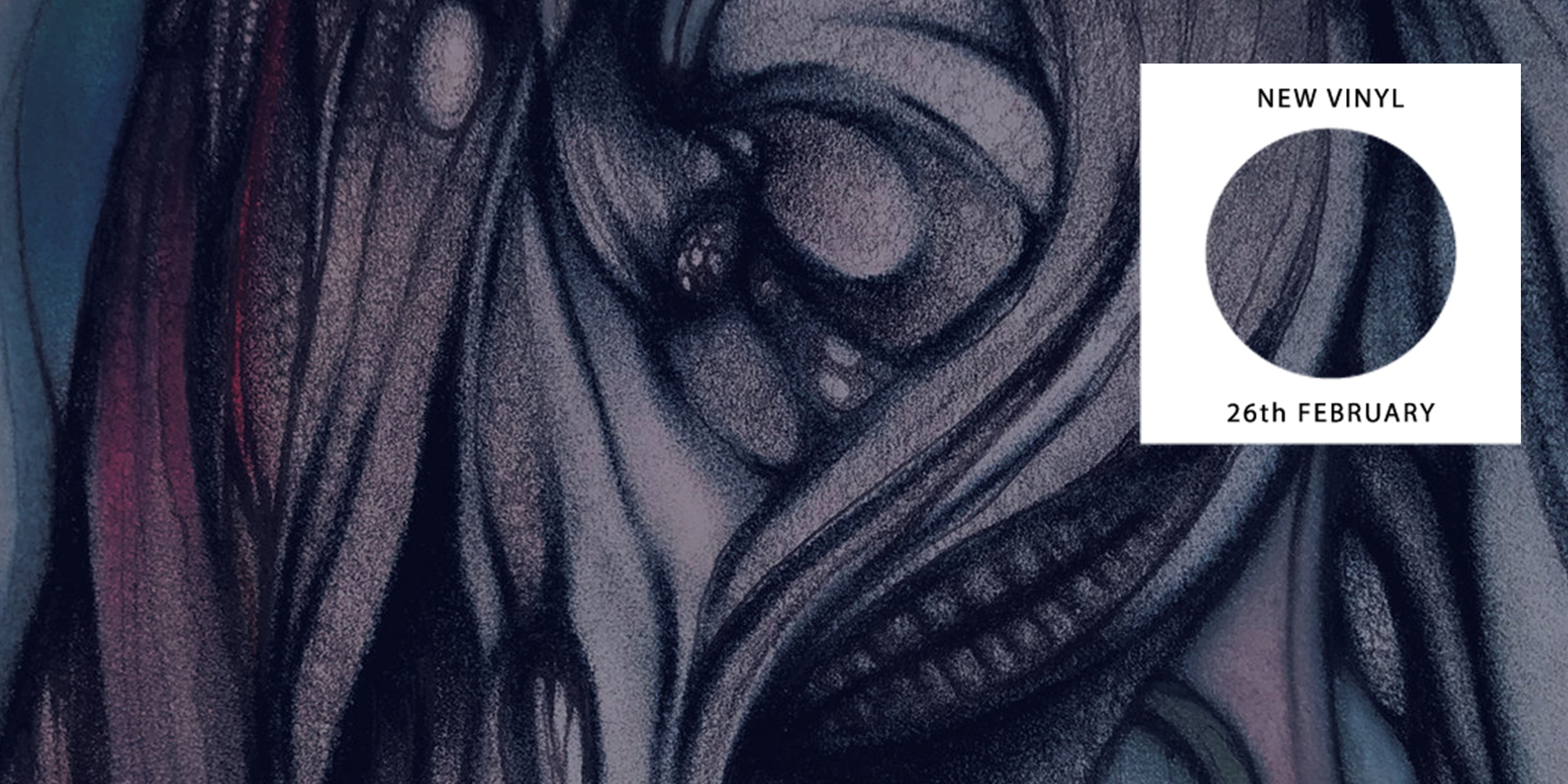 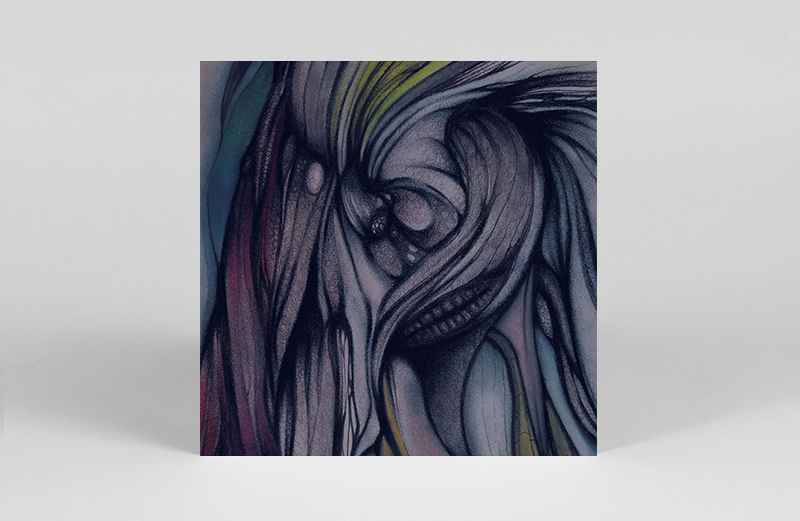 The ever prolific producer Calibre returns with signature, silky-meets-heartrending electronics – in his sixteenth studio album, Feeling Normal. Traversing breakbeat, dub, techno, and ambient, each track is easily the kind of tune you’d want to hear ringing out from club speakers, turned up to 11 at various points in an evening. Particular highlights include: ‘Change With Me’ wrapping looping synthesizers around a soulful hook; the incantatory dub rattles of ‘Badman’ lead by DVS’ vocals; the keys-lead euphoria of Regular Bull’; and Cinemone’s low-slung r’n’b laced into a 140 bpm pep. However, when listened to as a whole, the meticulous, emotional journey that Calibre has created is even sweeter. Feeling Normal is an album that stands firmly amongst his best productions, wherever you may be listening to it from. – GH 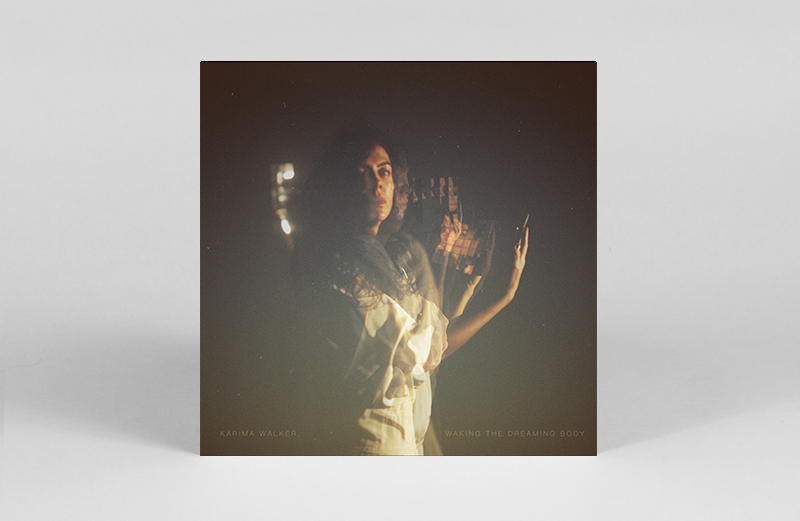 Inspired by the Arizona wilderness, artist Karima Walker’s Waking The Dreaming Body mixes ambient compositions with gossamer vocals. Across its 8-tracks, she uses field recordings, synthesizers, piano, guitar, tape loops and her own singing to incantatory effect. Equal parts environmental music-esque and bewitching lo-fi, it’s an undulating album to get lost in. – GH 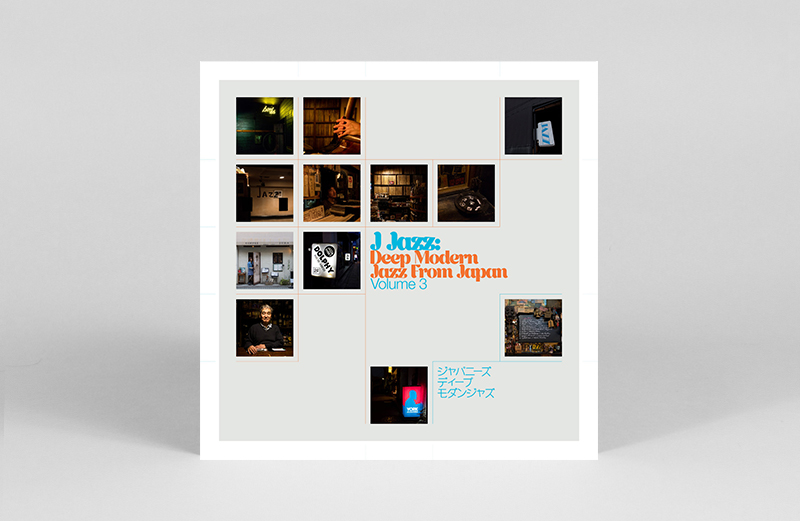 Capturing some of the most inimitable jazz to come from Japan, BBE Music’s third installment of J Jazz is a dream, to say the least. The collection spans a period from the 1960s to 1980s showcasing the richness and depth of the range of styles under the jazz umbrella, such as funk, spiritual and bossa nova. Tracks such as the one by Aki Takase Trio are a special delight. This is not just because of the soft piano keys that set the tone, but also because it’s titled ‘A Song For Hope’ – it’s a tune that leaves you with a wonderfully optimistic feeling afterwards. – JB 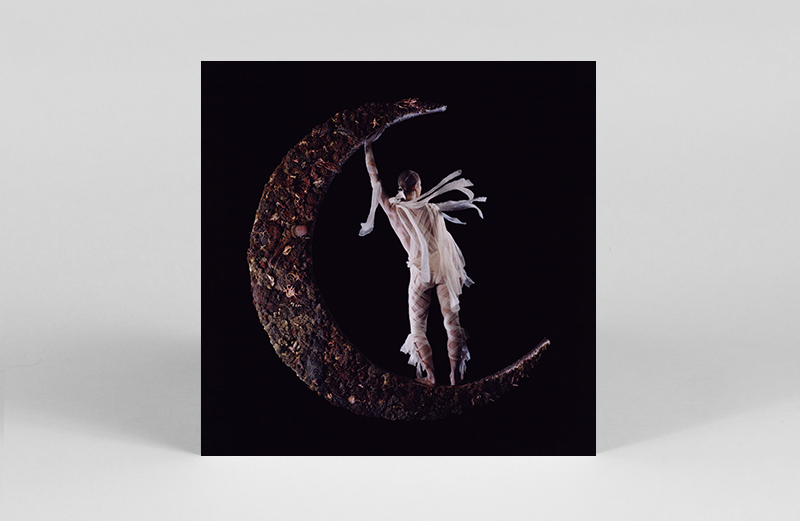 Norwegian duo Smerz celebrate their debut LP Believer on XL Recordings. The highly anticipated album has been on the cards for some time after snippets of Smerz’s new music have been teased since their 2018 EP Have Fun. Experimenting with sounds, genres and personal development, Believer is an artistic vision, complete with rap interludes to boot. Playing with sounds of eurohouse and pop, ‘I Don’ Talk About That much’ and title-track ‘Believer’ are hypnotic, and fraught with romantic tension, cementing a beautifully reflective narrative of the pairs’ growth that has been building since their 2017 debut, Okey. – EH

Altin Gün continue to excavate the sounds of the past, and metabolise them through contemporary sensibilities on their latest album, Yol. Looking to traditional Anatolian and Turkish folk music, the six-piece outfit layer in synth-pop, psychedelia, funk, and even some cosmic reggae flourishes. While operating in the hauntological crossroads between the past and the present can often be a death sentence for innovation, Yol is both highly listenable, and, quite simply, enjoyable. – LR 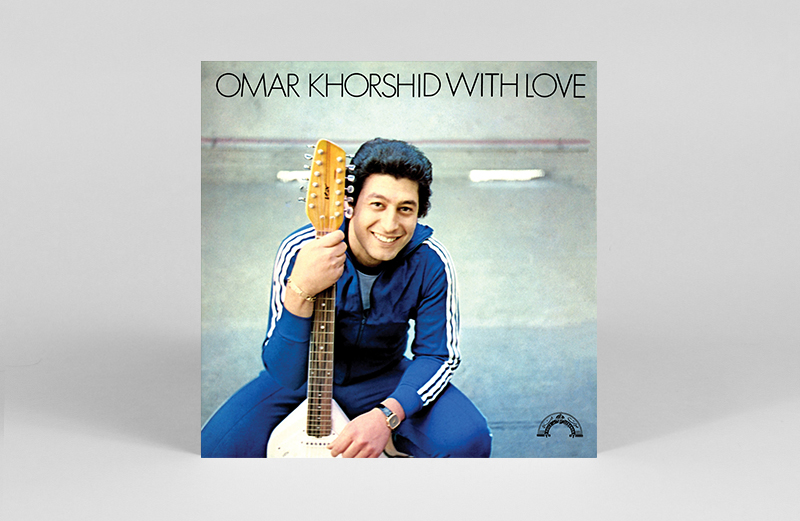 With his runs of sublime staccato picked guitar and a keen ear for synthesizers and pedals, Omar Khorshid’s back catalogue abounds with the revolutionary sounds that made him one of the Arab world’s most loved guitarists. 1978’s With Love is a case in point, and an effort that electrified the works of his Egyptian and Lebanese peers with liberal amounts of reverb drip, phaser, and dreamy interplay of synthesizers and organs. – JH 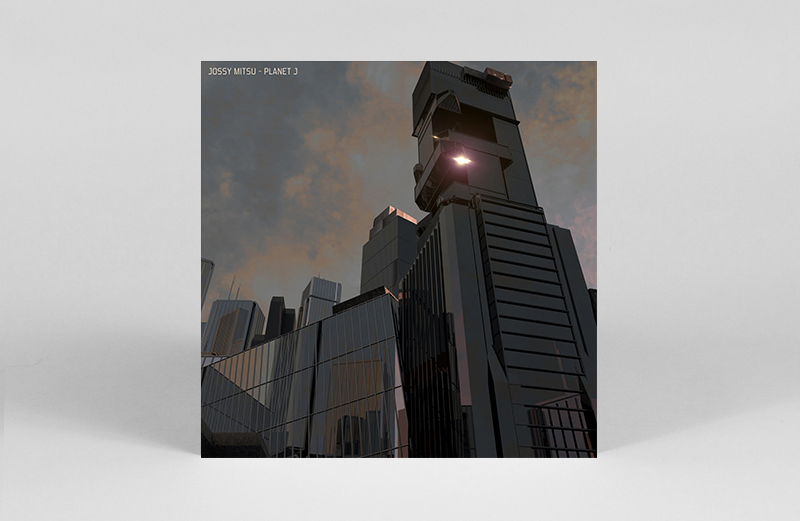 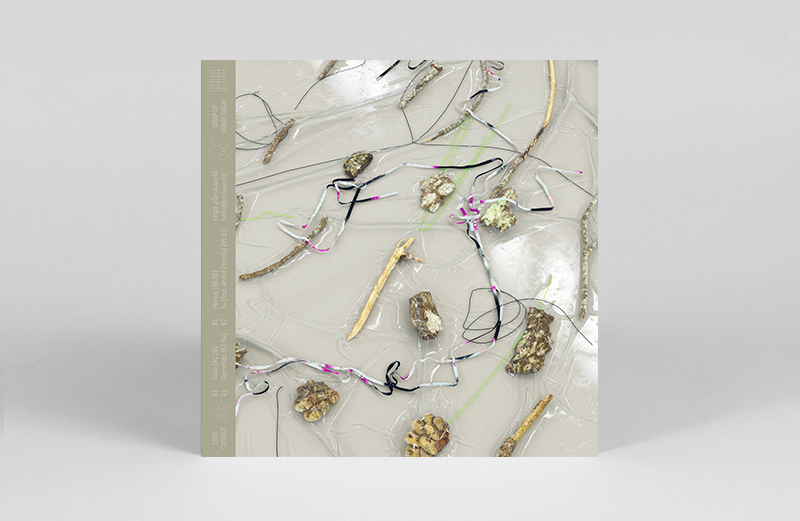 Berlin-label Bruk launched in 2020 to focus on sound design and experimental electronics. Its third release comes from Mexican producer Siete Catorce. The crux of Temperatura’s allure lies in Catorce’s ability to infuse contemporary, club-oriented production with organic sounds. While bird songs flitter through techno on ‘Todo’ and elements of psychedelia blossom on ‘Menos’, the producer contacts this with the late-night haze of ‘Tu’, and murky undertones on ‘Derretido’. Though Temperatura is only the third release on Bruk – following two releases from FFT – if these first records are anything to go by, expect great things to come from the label. – LR 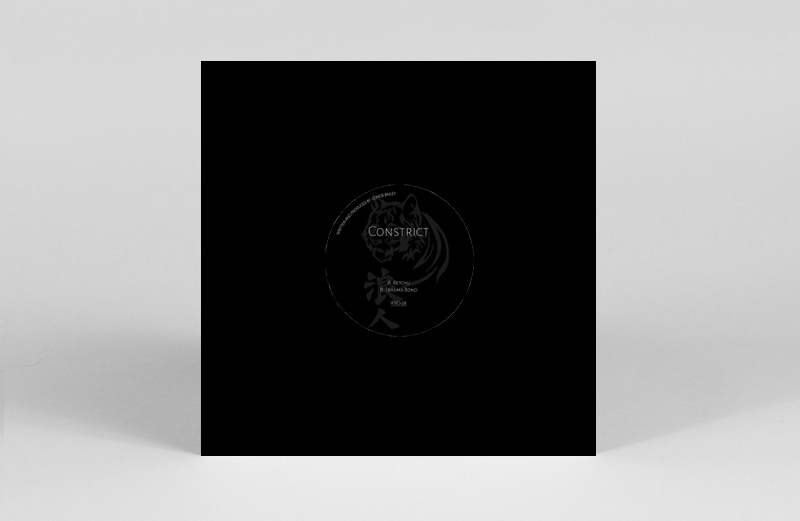 Constrict offers a fresh, ambient jungle affair with his latest 12”, RNO028 , released on Ronin Ordinance. On the A-side, ‘betchu’ combines elements of trance and heavy drums, with the vocals adding a mesmerising melody. For the flip, B-side ‘Trauma Bond’ is subdued and patient, but the expansive use of synthesizers creates a far more dynamic soundscape, leaving welcome room for the vocals to roam. – JB 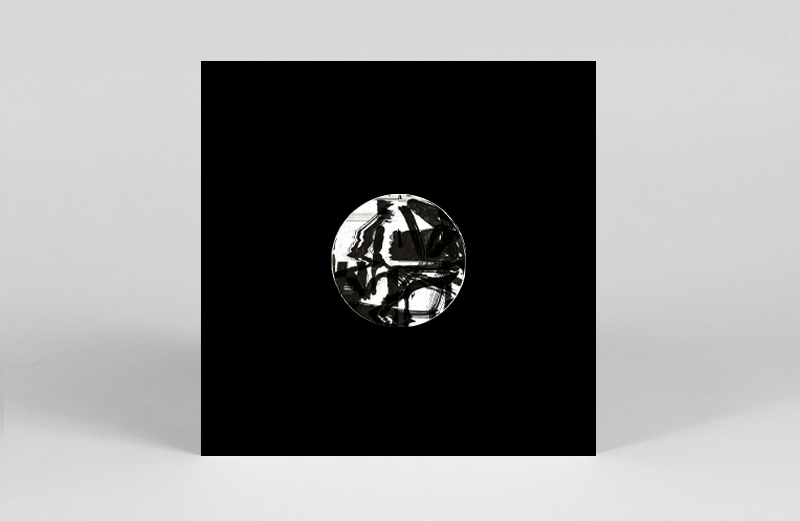 Billed as “complications for adventurous ravers”, Rian Treanor’s latest 12”, Obstacle Scattering, lands on the type of dancefloor that values musical and corporeal obstacles. Whereas producers who stick to familiar tropes of tension and release might seek out certain breaking points in a piece, the structures employed on Obstacle Scattering feel like a series of such moments imaginatively strung together. Hybrid ideas connected by inspired software patching, these four cuts meet glitch with unrestrained rhythmic impulses. – JH