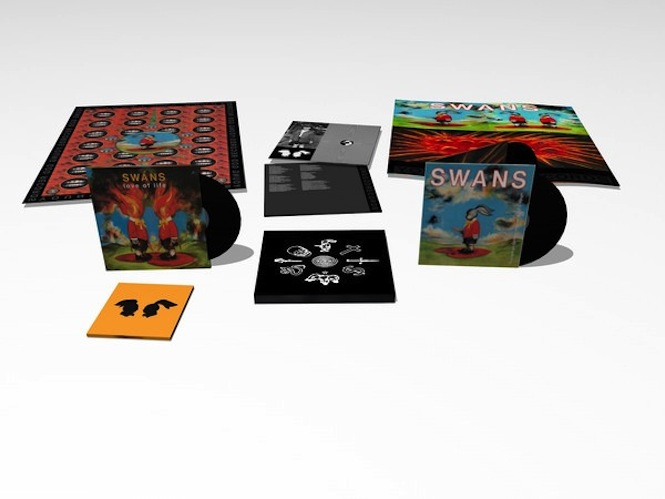 White Light From The Mouth Of Infinity and Love Of Life treated to first ever vinyl reissue.

Swans are to have their seventh and eight studio albums White Light From The Mouth Of Infinity and Love Of Life reissued as a unique double pack box set signed by Michael Gira.

Originally released on Gira’s Young God Records in 1991 and 1992 respectively, both albums have been remastered as part of the label’s ongoing reissue campaign that saw Swans’ debut Filth return to vinyl for the first time in decades.

Marking the start of the second part of Swans’ sprawling career, the albums will be initially presented as a triple vinyl box set containing two rare posters and a CD of additional outtakes and live recordings, before both White Light From The Mouth Of Infinity and Love Of Life will subsequently be released individually, for the first time since they were originally released.

Head over to Young God to pre-order the box set ahead of its release on 4th December via Mute records and read our in-depth introduction to the incredible Swans discography here. White Light From The Mouth Of Infinity

Is this the most environmentally-friendly record ever made?