Someone’s converted a PlayStation One Console into a DJ turntable 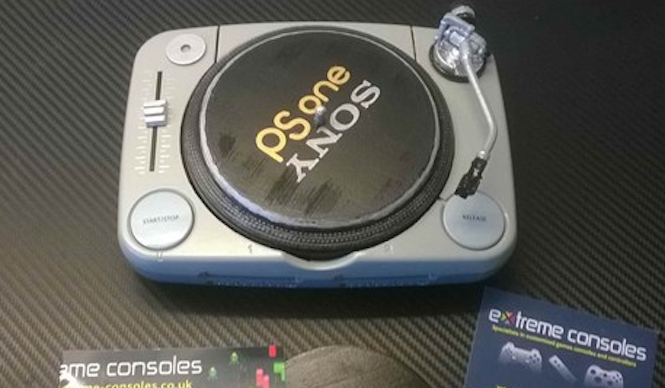 A bunch of game addicts have pimped up a PS One; as well as reading dusty copies of Tekken 3, ISS Pro Evolution and Lara Croft Tomb Raider II just like the good old days, this console (sort of) spins vinyl.

The idea emerged when GamesYouLoved, a website devoted to games of the past, invited UK-based company Extreme Consoles to celebrate the PS One console through some kind of extreme modification. The intrepid folk at Extreme Consoles aren’t ones to shy away from a challenge, vowing to make the rather compact PS One look “larger than life” and harken back to the glory days of the console. With those ambitions in mind, the concept of a turntable design emerged.

“Straight from the onset,” said the creative team at Extreme Consoles, “the design just popped out at us, from an age when DJ vinyl turntables were all the rage…” They began with some basic sketches and moved on to create a 3D computer-aided design of the modified console, which was then printed. After a bit of sanding and priming, details were airbrushed on to present what looks like a DJ turntable, although from the video demonstration it’s probably not unfair to call it a toy.

Take a spin down memory lane: