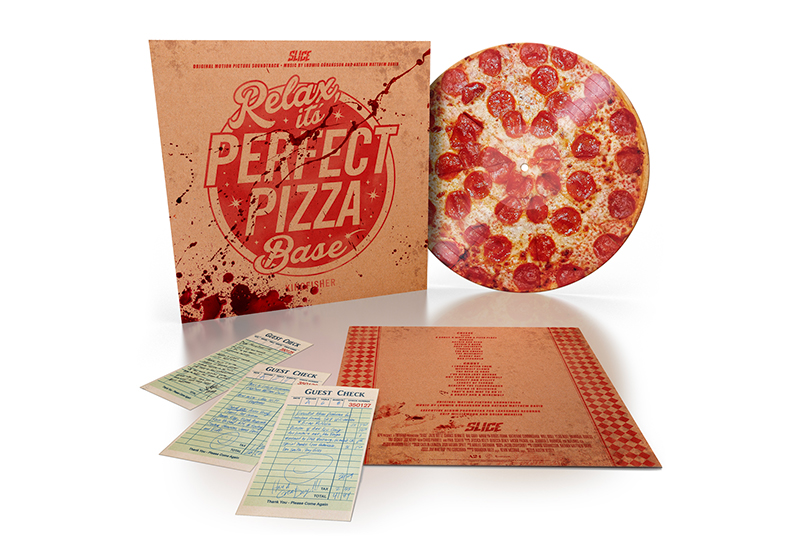 The soundtrack to A24 horror comedy film Slice is being released on a pizza picture disc, via Lakeshore Records in early 2019.

Read more: From fish heads to Barry Manilow: The strangest shaped records ever made

Slice tells the story of a string of pizza delivery boy murders across a small town and of two survivors – played by Atlanta’s Zazie Beetz and Chance the Rapper in his film debut – who set out to solve the mystery.

Slice is the first feature film directed by Austin Vesely, who has previously worked on videos for the Chance the Rapper tracks ‘Sunday Candy’ and ‘Angels’.

Its original soundtrack was composed by Ludwig Göransson who recently created the score for Black Panther, and Nathan Mathew David who has crafted scores for Deadly Class and The Last Word.

Pre-order the limited-edition 12″ here ahead of its early 2019 release and check out the track list below.