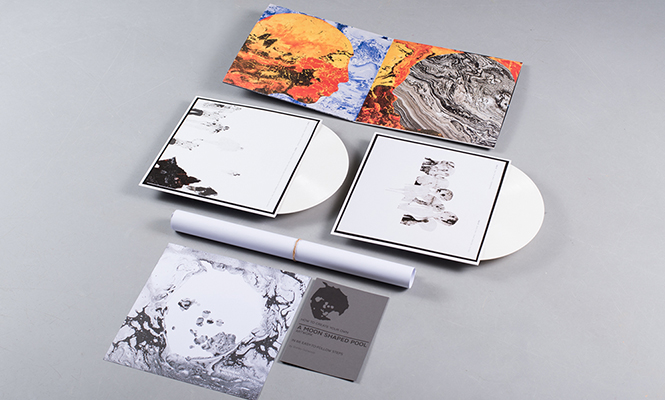 Over a month since it was released, Radiohead’s A Moon Shaped Pool has finally been released on vinyl to coincide with a global record store streaming event taking place today.

Out on black and limited white vinyl, we woke up early and got our hands on a copy of the latter and photographed it from all angles below.

As well as the double white vinyl, the Stanley Donwood-designed artwork features a further double gatefold design that is continued on the inside of the sleeve.

You’ll also receive an A3 poster of the artwork, a 12″x12″ print, and Stanley Donwood’s very own “How to create your own A Moon Shaped Pool artwork in 66 easy-to-follow steps” pamphlet.

See the full set in our gallery below and order your copy here.

The deluxe casebound edition, featuring a piece of ½ inch master tape (among other things) will be released in September.