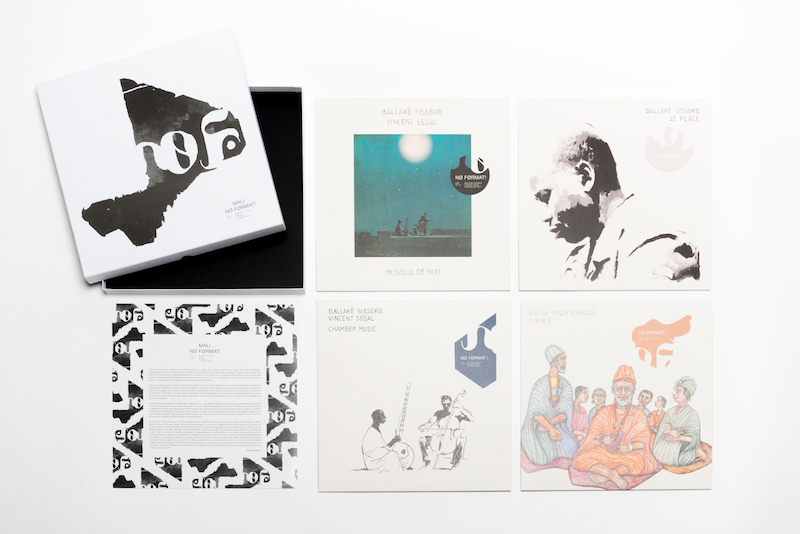 For fans of Awesome Tapes, Soundway and Francis Bebey.

While many of the most urgent reissues to emerge from West Africa in recent years have focussed on the region’s burgeoning or otherwise neglected electronic music scenes, Nø Førmat have bucked the trend to collect four exquisite albums of contemporary acoustic music from Mali.

Mali – Nø Førmat! features albums previously released on the label between 2009 and 2015 but never pressed to vinyl. Two of the four are dedicated to Ballaké Sissoko and Vincent Segal’s Musique de Nuit and Chamber Music, both of which showcase the meditative and deeply atmospheric combination of French violinist Segal’s Baroque influence and Sissoko’s West African troubadour spirit.

The set is completed by Ballaké Sissoko’s virtuoso solo kora album At Peace and traditional Malian singer Kassé Mady Diabaté’s album Kiriké. Ther former was recorded in Sissoko’s backyard, the ambient sound of insects, livestock and traffic adding to the organic feel of the music.

A delicate collection, pulled together beautifully across four LPs, Mali – Nø Førmat! is released on 10th March. Pre-order yours here and check it out in more detail below.