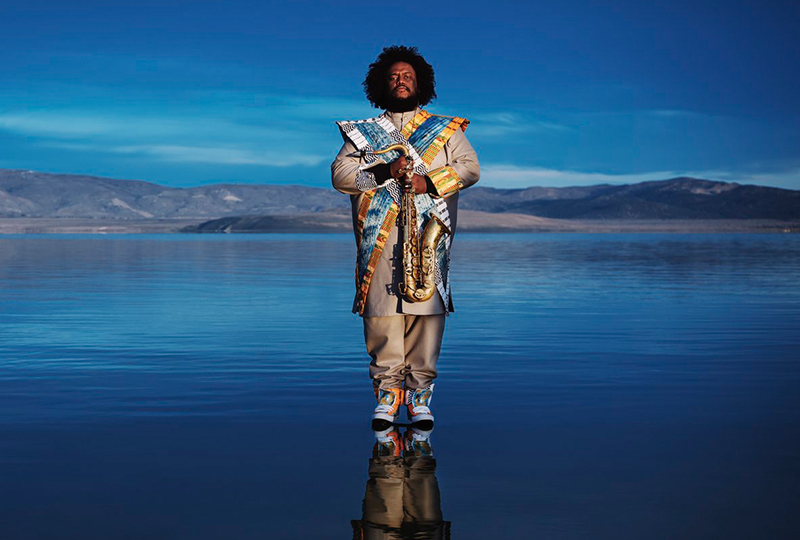 “The world that my mind lives in, lives in my mind.”

Saxophonist Kamasi Washington is releasing a new album on 2xLP called Heaven and Earth, this June via Young Turks.

Heaven and Earth is Washington’s first full length since 2015’s The Epic LP, and follows two EP releases in 2017.

Washington also collaborated on Richard Russell’s Everything is Recorded earlier this year, and is working with legendary pianist Herbie Hancock on new material.

Washington shared the news about Heaven and Earth via his social media, along with album artwork, what inspired the record, and the first two tracks, ‘Fists of Fury’ and ‘The Space Travellers Lullaby’.

“”The world that my mind lives in, lives in my mind.” This idea inspired me to make this album,” Washington explained.

Though further details about Heaven and Earth vinyl variants have yet to be revealed is sure to have some unique and striking editions given his past releases.

Heaven and Earth is out 22nd June via Young Turks. Listen to ‘The Space Travellers Lullaby’ and check out the track list below.