Listen to this record made out of concrete 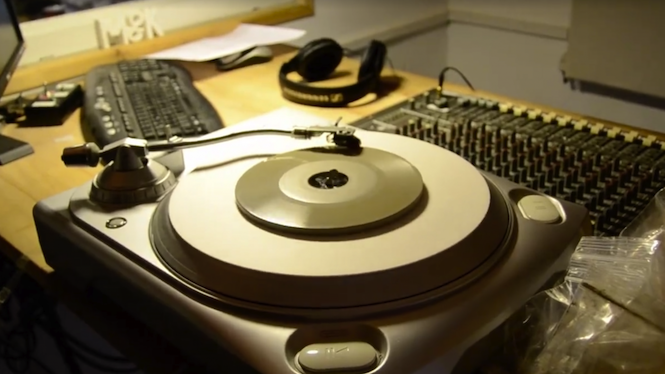 We’ve seen records made of wood, ice and even tortilla, but this one surely takes the biscuit. German engineer Ricardo Kocadag has developed one of the world’s only concrete records, cut with Rolling Stones’ ‘(I Can’t Get No) Satisfaction’,

While artist and musician Scot Jenerik has been their before, with his unique soundtrack to the Dead: Eli, Kocadag has come at it from an engineering rather than a musical point of view. The playable slab is made of a special ‘ultra high performance concrete’ being developed for use on bridges and high-rise buildings, in order to exhibit just how exact and fine the new “super-concrete” material is.

At 6mm thickness, the concrete record doesn’t sound half bad and plays on a regular turntable, the results of which you can hear below. [via Electronic Beats]

For those German speakers out there, you can hear an interview with Kocadag about the concrete record on BLN.FM radio here and check out a few more photos below. For more of the real musique concrète, read our guide to the greatest electronic albums of the ’50s and ’60s.